Tour Confidential: Are the elite tours failing to test the best players in the world? 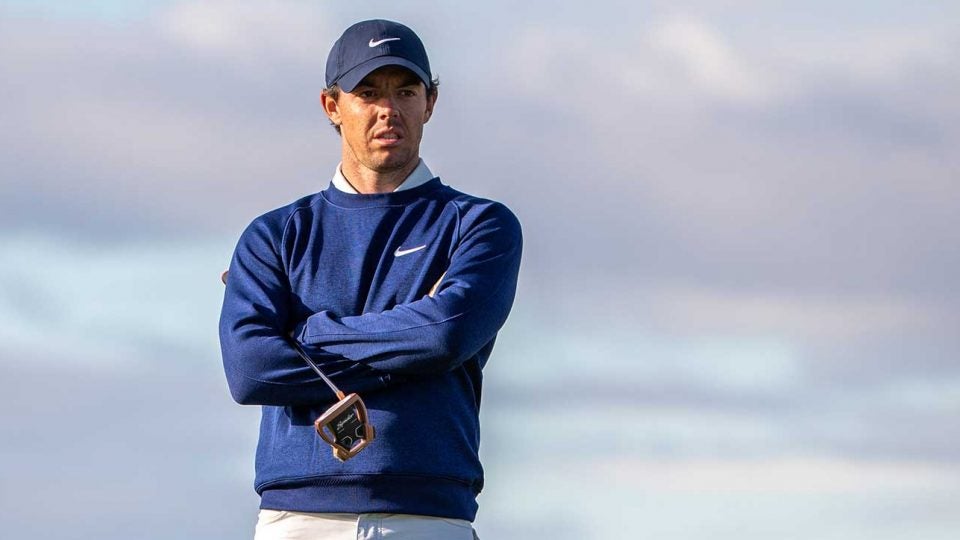 Check in every Sunday night for the unfiltered opinions of our writers and editors as they break down the hottest topics in the sport, and join the conversation by tweeting us @golf_com. This week we discuss the challenge tour venues present pros, the best young players in the game, slow-play analytics, (early) Ryder Cup predictions and more.

1. Last month we debated in this space whether PGA Tour course setups are too one-dimensional. On Sunday, after Rory McIlroy shot 67 and tied for 26th at the Dunhill Links Championship, he went a step further and said Euro Tour setups aren’t tough enough. What’s going on here? Are the elite tours not sufficiently testing the best players in the world?

Josh Sens, contributor (@JoshSens): It’s a bummer what the modern pro game has done to so many of the great old courses, but barring rolled-back equipment (not happening) or increasingly tricked up setups (no one likes those), there’s no going back to the way things were. If it really is so easy, I guess Rory should set his sights on shooting 64 instead of 67. I’m less bothered by low scores on a docile day on the Old Course than I am by deep-red leaderboards on a lot of cupcake layouts in the States that don’t even seem to require a lot in the way of strategy: it’s just bomb and gouge all day.

Sean Zak, senior editor (@Sean_Zak): I don’t like that Rory is trying to dunk on the European Tour again. It’s no different here in the States, so why hasn’t he mentioned it in America? If you want to play the Old Course, you have to accept that it’s an easy course (according to par) for professionals when it’s not blustery. That’s the truth! I think the PGA Tour is far worse at creating cookie-cutter setups that don’t challenge pros enough.

Dylan Dethier, senior writer (@dylan_dethier): It had been all of what, four days since Rory had done something to upset all of Europe? Zak’s right — the data doesn’t really even back up the idea that Euro events are easier than PGA Tour courses. I love seeing difficult setups, and I don’t think Rory is necessarily wrong. I’m sure they set up the courses easy for this pro-am. But it’s true on Tour, too.

Michael Bamberger, senior writer: I don’t blame the courses, and I certainly don’t blame the players — the issue was, is and always will be the ball. It goes too far and has neutered the par-5 out of existence.

2. Cameron Champ, 24, picked up his second career PGA Tour victory on Sunday, winning the Safeway Open with an emotional birdie on the 72nd hole. His first win last fall seemed to begin the youth movement on Tour, and since then several others have followed: Matthew Wolff and Collin Morikawa won last season, and Joaquín Niemann this season (not to mention someone like Viktor Hovland, who tied for 12th at the U.S. Open). Which young gun will have the biggest 2019-20 season?

Zak: Morikawa would be my choice. An insane ball-striker who seems like he can’t have a bad week. If that kid putts well, he’ll bag another win in 2020.

Sens: Morikawa as well. So rock steady. But I’m pulling hardest for Wolff to be in the hunt on Sundays, if for no other reason than we get to watch that swing.

Dethier: I won’t forget Champ’s winning moment on 18 for a long, long time. For a guy who has struggled in recent months to suddenly turn it on in such an emotional week is incredible. Morikawa is the safe choice, but if Champ can bottle some of his best stuff there’s no question he can contend on any number of different setups.

Bamberger: It’s amazing how Champ has turned things around here, because he really looked lost just a month ago. Another demonstration of how fine the line is. Here’s a young gun from yesteryear in whom I still believe: Jordan Spieth.

3. Bryson DeChambeau was in the middle of a slow-play controversy at the end of last season, but he said he gets a bad rap. “There’s [ShotLink] data out there now that shows that I am not the slowest player at all by any means,” he said. “The PGA Tour has it. I’ve seen it. I don’t know if I can disclose any of it. I’m not going to, unfortunately, but I’m definitely not in the top 10 percent. I’m not close to that.” Thanks to this new data players seem to know where they stand when it comes to pace of play, but would making this information public force pros to play even faster and be more conscious of it, or would it do more harm than good?

Zak: Yes. Undoubtedly it would. Because we the media would ask them about their pace reputation. And we’d ask their playing partners about it. We would blow out the pace of play topic even further, and in a more proper way. It would set the record straight(er), and perhaps inspire the Tour to crack the whip a bit more.

Sens: Publicize it all. What’s the downside, other than some red-faced moments for players who deserve them.

Dethier: Every player should be able to justify his pace of play or else he should be playing faster. Simple as that. Release the tapes!

Bamberger: The PGA Tour does not enjoy a reputation for being open, so this would be a good place to start, but not very meaningful. If you want to know who’s slow, just watch. I’m not sure why B. D’C is bragging about not being on the bottom 10 percent. When you’re playing partners say your pace is appropriate, that’s when you know your pace is appropriate. The idea of going to ShotLink to figure out who is slow is illustrative of the problem.

News
There’s pressure, and then there’s sweating out a pro-am victory (the latter is terrifying)

4. Don’t look now, but the 2020 Ryder Cup at Whistling Straits is a year away. Since it’s never too early, give us one bold prediction and your pick to win.

Sens: The U.S. press will fall into the same routine of anointing the Americans as favorites (not a bold prediction; just predictable) and the Europeans will sneak off with the win.

Zak: I predict something in mentality closer to Hazeltine — where the Americans actually bound together for the cause. The Euros will have a stronger team though (sorry, no Andy Sullivan) so I think it’ll be much closer. USA 15, EUR 13.

Bamberger: The Americans are better, the setup will favor them and still they’ll lose by some, 15.5-12.5, Europeans.

5. Last week we released our inaugural list of the Top 100 Resorts in North America, highlighting the best 25 spots to go for general excellence, luxury, with buddies and for families. What’s the best experience you’ve had at a golf resort?

Sens: My 50th birthday celebration a few years ago at Bandon. Three days of dawn-to-dusk golf with three good friends. I can’t think of anything to say about Bandon that hasn’t been said a zillion times before. If you’ve been there, you know. The place just gets everything right.

Zak: I played 63 holes in a weekend at Streamsong, grinding on the range each night, just trying to figure out the game. Those six-hole loops on each course are the ultimate temptation.

Dethier: I played 54 holes in a day at Bandon a couple of years back with one of my best buddies, running the final few holes at Pacific Dunes in the dark to finish up. I don’t picture myself much of the resort type, but the best golf resorts buck whatever stereotypes I have and focus on creating an authentic experience.

Bamberger: At The Greenrbrier, on Old White, playing Sam Snead.