Tiger Woods Shows Flashes of Old Self at Players, But Not Enough 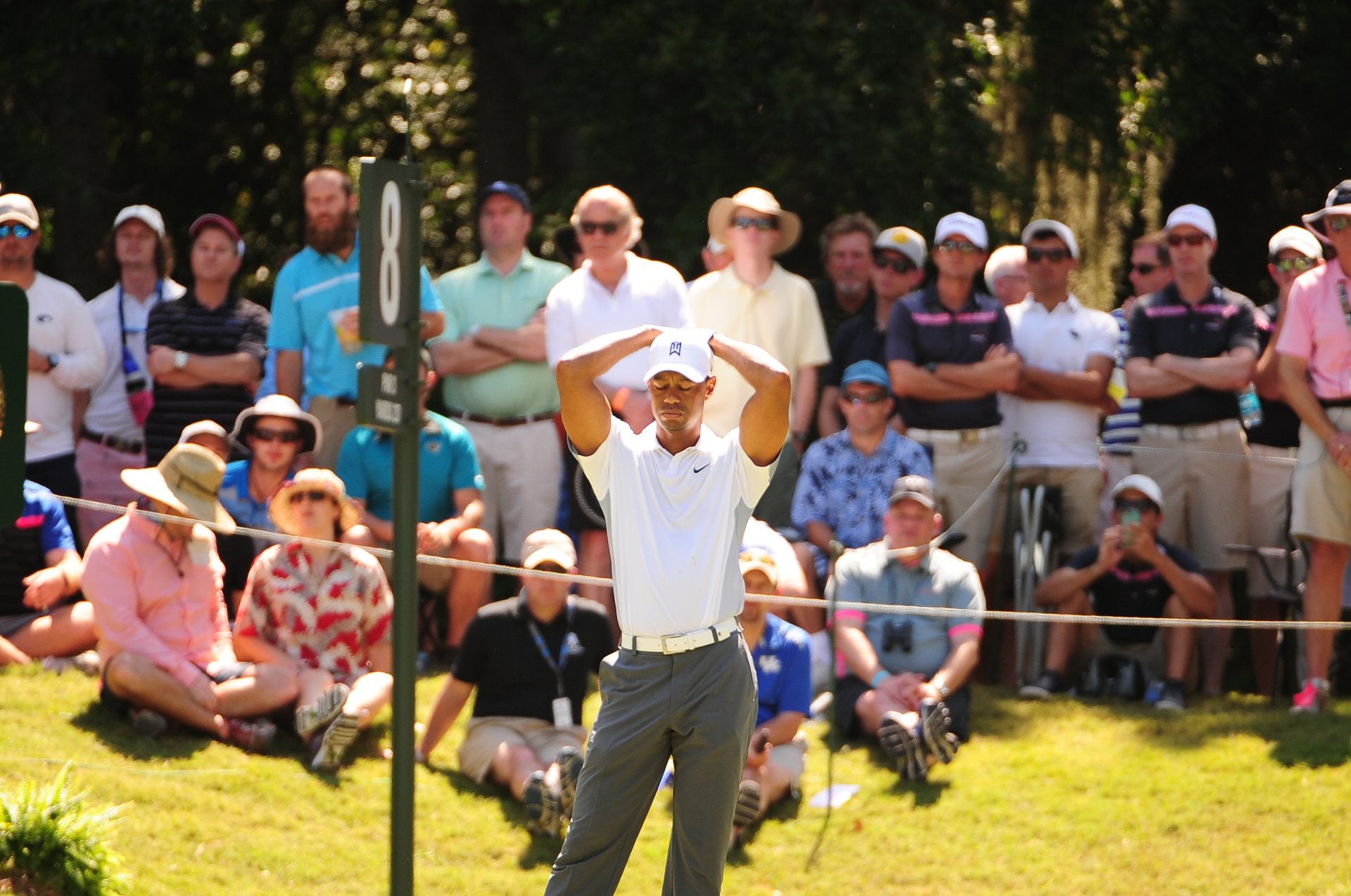 Tiger Woods reacts to a missed shot off the par-3 eighth at TPC Sawgrass on day 1 of The Players.
Fred Vuich

PONTE VEDRA BEACH, Fla. – Rory McIlroy was happy with his start. Jordan Spieth was so out of sorts he said he could have shot 80.

McIlroy shot 69, Spieth did well to salvage a 75, and David Hearn, Charley Hoffman, Kevin Na and Hideki Matsuyama shot 67 for the early lead at the breezy Players Championship at TPC Sawgrass on Thursday.

“Conditions got quite tricky out there at the end, with the wind,” said McIlroy, whose round included 14 pars, two birdies, a bogey, and an eagle 3 at the 16th hole. “It swirls a lot around here, and made club selection a little bit more difficult. But I’m happy with that, happy with that start for sure.”

Hearn is a 35-year-old Canadian in search of his first victory on the PGA Tour. Hoffman, who contended at the Masters last month, kept the bogeys off his card but not the mistakes—a triple bogey at the par-4 first, Hoffman’s 10th hole of the day, negated three of his eight birdies.

Matsuyama is rebounding from a 6 and 5 thumping at the hands of McIlroy in the round of 16 at the WGC-Cadillac Match Play last Saturday.

“I’m not even close to those guys, Rory and Jordan,” the Japanese star said after his six-birdie, one-bogey round Thursday. “I just need to practice more and hopefully soon I’ll be able to play at the same level that they do.” 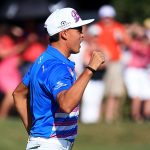 FedEx Cup champion Billy Horschel, Ben Martin and Troy Merritt were among the group of players at 68, just a shot off the lead.

“Probably the highest score I could have shot today,” Woods said.

Alas, while McIlroy and Day each shot 69—Day’s zany round featured 160 feet of holed putts—Spieth was way off as talk of golf’s new Big Two on this day, at least, proved premature. The Masters champ hit nine of 14 fairways, and just nine greens in regulation. He bogeyed both back-nine par 5s.

“Just a really, really poor day,” said Spieth, whose round was his highest since an opening-round 75 at Doral two months ago. In his five most recent stroke-play tournaments, he had finished 11th (RBC Heritage), first (Masters), second in a playoff (Shell Houston Open), second (Valero Texas Open), and first in a playoff (Valspar Championship).

“I actually really need to find something on the range,” Spieth added.

So pitched was the McIlroy-Spieth hysteria that Day jokingly called himself the third wheel.

Players adjusted to a breeze coming out of the north that made some holes tougher and some much easier. Horschel said he hit driver, 7-iron to reach the par-5 16th hole in two. He two-putted for birdie en route to a 68.

As usual, TPC Sawgrass claimed a handful of victims. Louis Oosthuizen and J.B. Holmes each worked their way into a tie for the lead at 5 under par before each finding the water at the par-3 17th hole.

Brooks Koepka, who won in Phoenix earlier this year, made back-to-back quadruple bogeys on 17 and 18 and shot 78. Gary Woodland, coming off a runner-up finish at the WGC-Cadillac Match Play, went 5 over par on the 17th and 18th holes alone and turned in a surprising 79.

Woods said before the tournament he was still not quite up to speed on his swing changes under coach Chris Como. Sure enough, alternating between his 3-wood and driver Woods badly hooked tee shots at the first, second and ninth holes. With an iron he missed his tee shot 30 yards short and right of the green at the par-3 eighth, his ball bounding into a water hazard that many didn’t even know was there. Woods dropped his club and grabbed his head with both hands before making a double-bogey 5.

But Woods also showed a few flashes of his old self, most notably with his easy birdie at the par-5 16th hole, where he split the fairway with a 3-wood off the tee, reached the fringe of the green in two, and two-putted. His tee shot at the par-3 17th hole came to rest on the fringe but up against the front collar of rough; Woods intentionally hit the ball off the blade of his wedge and watched the ball dive into the hole for his second straight birdie.

Alas, his 3-wood tee shot at the 18th missed left again, into the water.

Woods, embarking on yet one more comeback in his long and storied career, continues to make progress. His game is well ahead of the total reclamation project it was at the start of this year, at TPC Scottsdale and Torrey Pines, but he showed at Sawgrass on Thursday that he’s not quite there.

The same can be said of the McIlroy-Spieth rivalry.