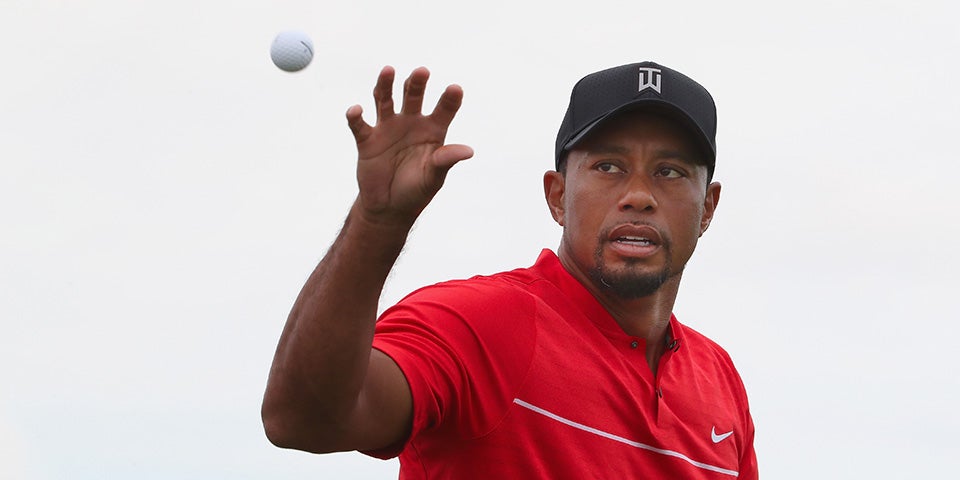 Tiger Woods catches a golf ball on the practice range during the final round of the 2016 Hero World Challenge at Albany, The Bahamas.
Christian Petersen

Coming into the week, Woods was guaranteed a jump to at least 745th just for playing. After finishing the tournament four under for 72 holes, Woods climbed to No. 650.

The 14-time major winner entered the week ranked 898th in the world. It was his lowest ranking of his career, which plummeted from 257, his ranking at the time of his last competitive round at the 2015 Wyndham Championship.

Four solid rounds of play, including Friday’s bogey-free round, bodes well for the 40-year-old golfer. And while his 2017 schedule has yet to be determined, Woods’ ability to chip away, albeit slowly, at the world ranking looks promising.