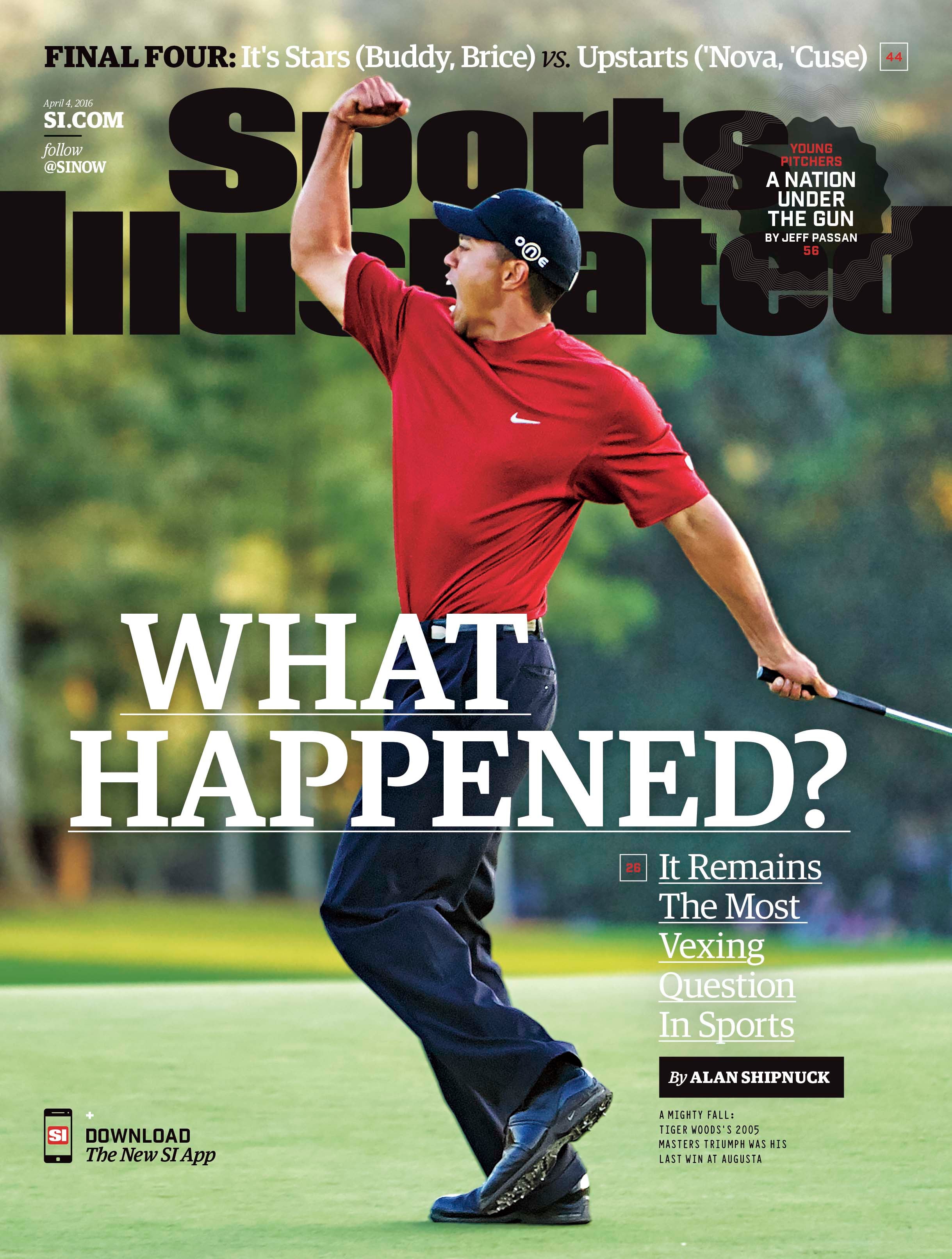 Tiger Woods, in all his fist-pumping glory, is back on the cover of Sports Illustrated.

The 14-time major winner graces his 24th cover ahead of next week’s Masters Tournament with a flashback photo from his last victory there more than a decade ago.

Woods hasn’t teed it up competitively since August, sidelined as he recovers from multiple back surgeries, so his status for next week’s tournament remains uncertain, but unlikely.

SHIPNUCK: What Happened to Tiger Woods?

Shipnuck’s article will be available in the April 4th issue of the magazine.