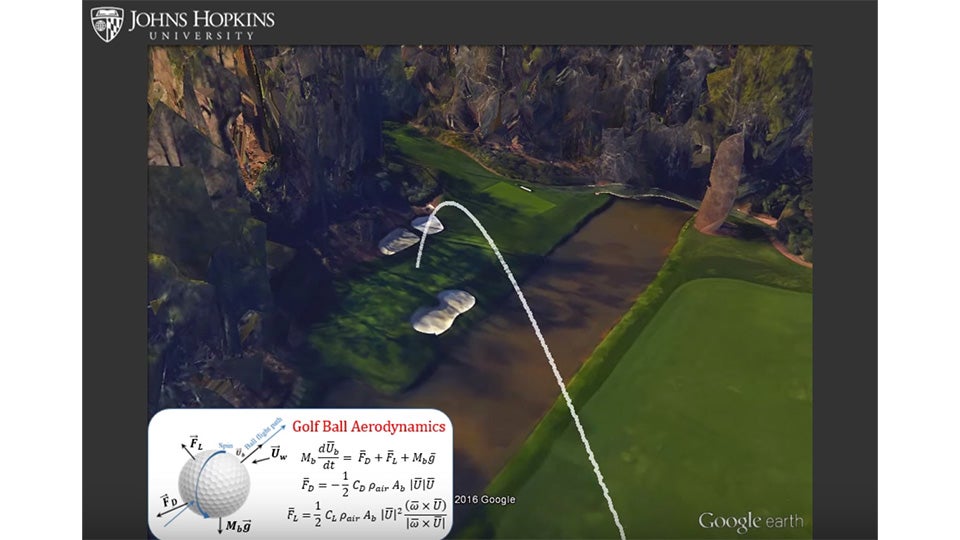 Augusta National club caddies, be warned: computing in golf is the future, and there’s a program out there that might be trying to steal your jobs.

A two-person research team from Johns Hopkins University developed a new computer model to help golfers assess how wind direction and speed make the trickiest holes in golf just so, using the 12th hole at Augusta National as their “scariest” example.

Golden Bell is known for its varying degree of difficulty thanks to gusts of winds that can wreak havoc on a golfer’s club choice. The 155-yard par-3 is the shortest hole on the course but can quickly become a menace if players misjudge the wind.

Rajat Mittal and Neda Yaghoobian created a model that takes into account not only ball loft and spin, but local weather patterns, hole topography and tree canopy characteristics — three things that can significantly influence wind pattern, speed and direction.

“Their computer simulations showed that the tall trees surrounding the 12th hole have a significant impact on the accuracy of tee shots. They also found that winds from certain directions—particularly the southwest and northwest—are the most dangerous for this hole.”

Mittal and Yaghoobian hope the model can be adapted into an app or software program that recreational golfers, course designers and sports commentators can use to help their role in the game.

Check out the researchers’ simulation video below.