Storybook ending? Tiger Woods on the cusp of writing one of the game’s greatest comebacks 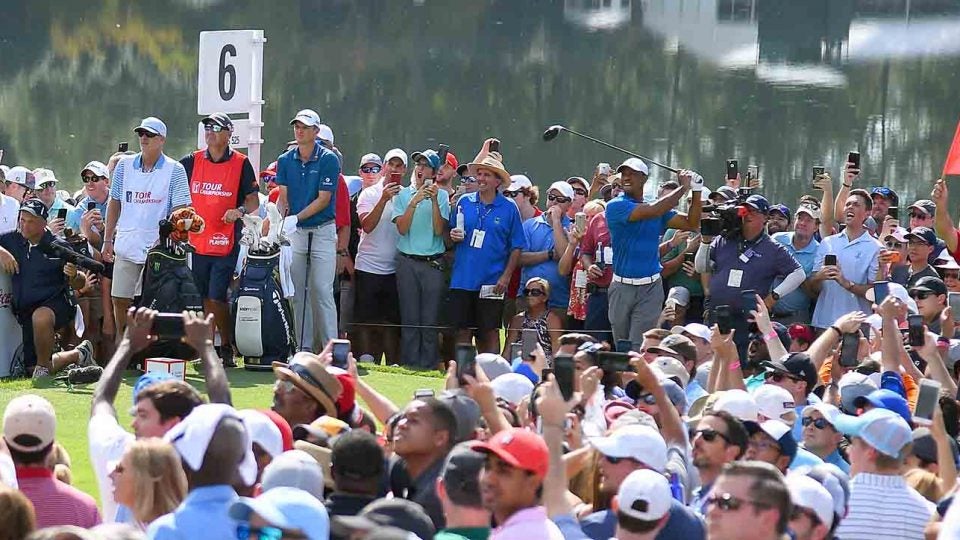 Woods shot a third-round 65 to take a three-shot lead into Sunday.
USA Today

ATLANTA — The Tiger Woods comeback story could be 18 holes away from a storybook ending. Woods made birdies on six of his first seven holes Saturday en route to a five-under 65, which gave him a three-stroke lead heading into the final round of the Tour Championship at East Lake Golf Club.

It’s too good to be true, right? The Woods story wouldn’t work as a Hallmark Classic; it’s a tale that deserves to be narrated by the baritone who voices the ESPN 30/30 promos:  What if I told you that Tiger Woods, who was written off as dead after undergoing a fourth back surgery that fused a vertebrae in April 2017 and hit rock bottom with an arrest in the middle of the night on a DUI charge a month later, re-discovered his game and is laying down the hammer this week in Atlanta against a field comprised of the four major winners, the Players champ, the World No. 1 and 29 of this season’s best players?

It’s too good to be true, yet it’s happening before our eyes.

Paired in the final group at 2:30 p.m. with World No. 1 Justin Rose, Woods delivered a message early to the newly-crowned top dog that in case he’d forgotten Woods once sat at the throne for a combined 683 weeks. Woods did so by pouring in a 23-foot birdie putt at the 1st — and that was just the beginning as the genial Englishman got sucked into the Tiger vortex.

Rose stubbed a chip and made bogey at the 1st and took three putts from 40 feet at the 2nd to go from tied for the lead to three back. He did well to right the ship, making five birdies and just one bogey in the next 16 holes, and enters the final round projected to win the season-long FedEx Cup. Still, his putter let him down when it mattered most. He was no match for Woods, who opened with five consecutive 3’s and carded his fifth straight round in the 60s. 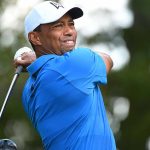 “Yeah, I got off to a nice start there. I made some nice putts, good Lord,” said Woods, who needed just 23 swipes on the greens on the day and leads the field in Strokes Gained: Putting.

The partisan crowd loved it. Former NBA All-Star Vince Carter, now of the Atlanta Hawks, walked the front nine inside the ropes with the final group while former Atlanta Falcons running back Warrick Dunn, whose home backs up to the 5th tee at East Lake, climbed out of his La-Z-Boy and poked his head over a mesh fence to watch Woods blast a drive 320 yards, stuff a wedge to 7 feet and can the putt for birdie. Stars of the sports world reacted on Twitter, too, including Steph Curry of the Golden State Warriors:

.@TigerWoods I want whatever you had for breakfast this morning! This is insane

After Woods rolled in his fourth birdie in five holes, NBC’s Roger Maltbie sidled up to him and said, “You play a lot like that golfer Tiger Woods.”

Woods broke his concentration for a moment to share a smile with Maltbie before continuing his assault on par. After one of his rare miscues, a 3-wood off the tee at the 7th that Woods tugged into a fairway bunker, Woods licked his chops at the resulting lie.

Woods lofted an iron that cleared the front greenside bunker and checked up 5 feet from the hole. No words were exchanged after the birdie putt fell — his sixth in seven holes — but Rose gave Woods a head nod as if to say that’s too good.

Not even a bogey at the 9th, where Woods pulled his tee shot at the par 3 and failed to convert a 9-foot par putt, could take the luster off his opening nine. Out in 30.

Woods cooled off on the back nine, making a birdie at 12 and a bogey at 16 to finish three strokes ahead of Rose and Rory McIlroy (66).

In nearly all of his six top-six finishes this season, Woods has needed someone else to falter or as Woods’s caddie Joe LaCava put it, “He’s been chasing, chasing, chasing.” This time, Woods is in pole position, and there has never been anything closer to a sure thing than this man with a 54-hole lead. In his illustrious career, Woods, when he’s had the outright lead after three rounds, has slammed the door shut on 42 of 44 occasions. But as Rose noted, it’s been a long time.

On Thursday, the Cleveland Browns ended a dubious distinction with the team’s first victory in 683 days. For Woods, Sunday’s final round marks 1,877 days since he hoisted his last trophy at the WGC-Bridgestone Invitational in Akron, Ohio. Woods has won baubles big and small — 79 on the PGA Tour and more than 100 by his count overall — which is a lot of crystal and silver for one player’s mantle. He’s won so many trinkets he said he’s even donated a few of them to charities over the years. Presumably those donations don’t include the four Grand Slam trophies he held concurrently in 2000-01.

For the longest time with Woods, winning was expected. There’s an oft-told story of how after Woods married Elin Nordegren in October 2004, she wanted to celebrate her husband’s win at the 2005 Farmers Insurance Open at Torrey Pines. His bride began planning a victory party like she used to arrange for Jesper Parnevik back when she worked as a nanny for him.

That is until Tiger pulled the plug on those plans. As his former instructor Hank Haney detailed in his book “The Big Miss,” Tiger told her, “E, that’s not what we do. I’m not Jesper. We’re supposed to win.” 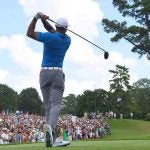 Never have more truer words been uttered. On Sunday, we’ll find out if the greatest closer of all time still can close out a victory. It won’t be easy. For the first time, golf fans will be treated to a final-round final pairing of Woods and McIlroy, the four-time major champion who idolized Tiger as a youth. When told that maybe he should have saved the intimidating all-black outfit he’d worn on Saturday for playing the role of spoiler on Sunday, McIlroy cracked, “I think I’ll wear red.”

As if there wasn’t already enough Sunday drama, what if I told you that Woods, who entered the week at No. 20 in the FedEx Cup, would win the season-long competition and the $10 million first prize if he wins the Tour Championship and Rose finishes in a three-way tie for fifth or worse?

Yep, potentially two more pieces of hardware could be going home on Sunday with the golfer who was just hoping back surgery would alleviate pain and allow him to play with his kids and at best play some hit-’n’-giggle golf with his friends. Which is why LaCava said that win No. 80 for Woods — whether it comes Sunday or some other day down the road — will bring special validation.

“It will be huge for him,” he said, “because he’s worked so hard to get this trophy.”

On the 1,877th day since his last victory, Woods still has another hard day of work ahead of him.