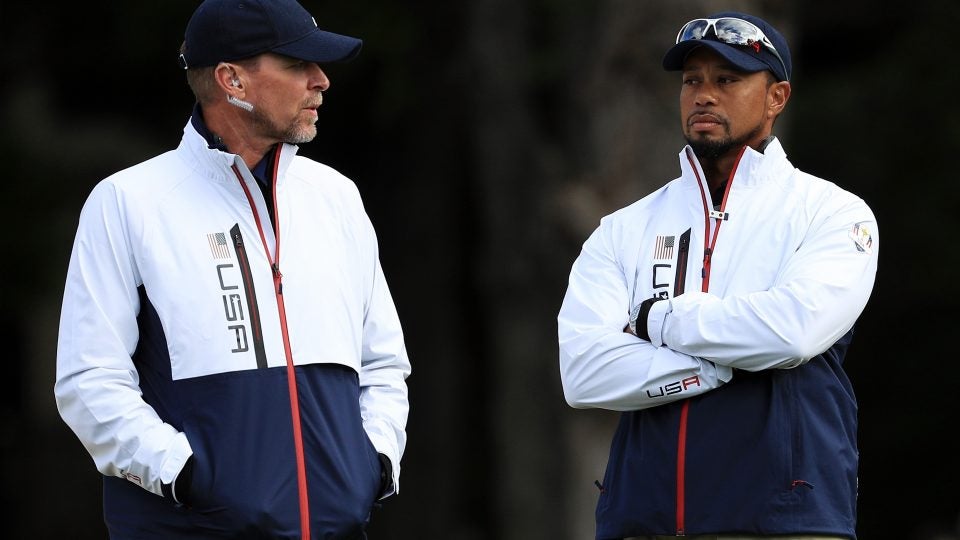 Tiger Woods will serve as one of Steve Stricker's assistants at the Presidents Cup this fall.
Getty Images

For those eager to see Tiger Woods return to PGA Tour competition, Steve Stricker has some bad news.

The Presidents Cup captain, one of Woods’s closest friends on Tour, named the 14-time major winner as an assistant for Liberty National this fall, so according to Golf Channel the two have traded texts as Woods continues to battle ongoing back problems following multiple surgeries.

“He’s working hard at it, but I don’t think he’s doing that well right now physically,” Stricker said. “Obviously he has to get his body right first before he can compete. Then it’s going to take some time I think for him to come back believing in his swing and trusting in his ability again.”

Woods has not played since he withdrew from the Omega Dubai Desert Classic in February after shooting an opening-round 77 and subsequently canceled his planned starts at the Genesis Open in California and the Honda Classic in Florida, citing ongoing back spasms.

Watching Woods tee it up in Dubai on television, Stricker could tell his friend wasn’t in peak form.

“Just the way he was walking didn’t quite look right. He was walking really gingerly,” Stricker said. “It didn’t really look physically like he was ready to play.”

The next event Woods could play in is the Arnold Palmer Invitational, which he has until Friday to commit to.