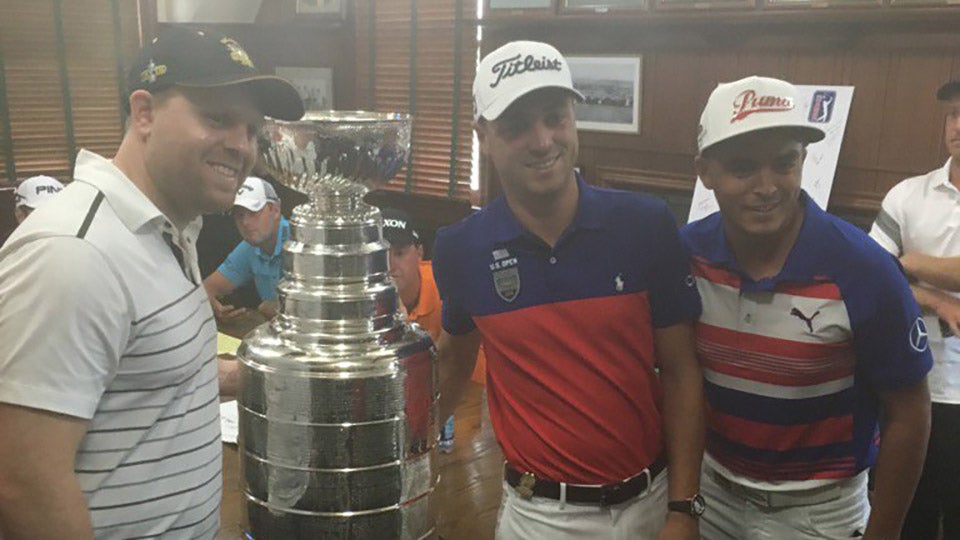 OAKMONT, Pa. — There’s a lot of championship hardware in Pittsburgh right now: The NHL’s Pittsburgh Penguins paid a visit to Oakmont Country Club Thursday with a different kind of trophy in tow.

Lord Stanley’s Cup, carried by team captain Sidney Crosby, provided a welcome surprise for fans and players alike. Crosby and a host of other players participated in a putting competition at the Spectator Village, dubbed ‘The Epic Putt Challenge’ in between rain delays.

The visit from the 2016 Stanley Cup champions provided a nice distraction for players who waited out multiple weather delays during the first round of the U.S. Open. It was a nice tradeoff between two championship events; in March, the U.S. Open Trophy visited the Penguins’ locker room during a tournament media tour.

The Stanley Cup was in the Oakmont clubhouse during rain delay.@JustinThomas34 @RickieFowler with Pens’ Phil Kessel pic.twitter.com/7gjQtN2TP0

The rain delay just got way more entertaining. A privilege to stand next to this. #GoPens #StanleyCupChampions pic.twitter.com/2Mz4zUBJXG