Spectator dies at Erin Hills during second round of U.S. Open 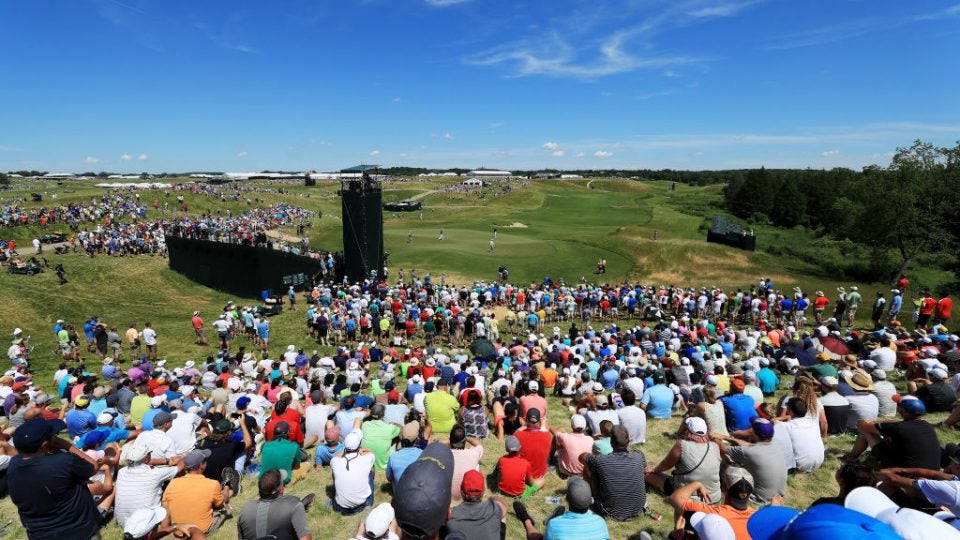 HARTFORD, WI - JUNE 16: Rickie Fowler of the United States, Hideki Matsuyama of Japan, and Jon Rahm of Spain putt on the third green during the second round of the 2017 U.S. Open at Erin Hills on June 16, 2017 in Hartford, Wisconsin. (Photo by Richard Heathcote/Getty Images)

ERIN, Wis. — A statement released by the USGA said that a spectator died Friday at the U.S. Open.

According to the Washington County sheriff’s office, rescue personnel were dispatched to the 6th hole grandstand around 1:25 p.m. local time Friday. A 94-year-old Wauwatosa man was reported to be non-breathing and without a pulse. Authorities began CPR on-site before transferring the man to an ambulance, where he was pronounced dead. The county’s medical examiner’s officer assisted with the investigation.

The death appears to be of natural causes. No foul play is suspected.

Reports say that this was the deceased’s first visit to the 2017 U.S. Open.

The announcement comes on the heels of Thursday’s blimp crash just outside the golf course grounds, in which the pilot had to be airlifted to a nearby hospital.