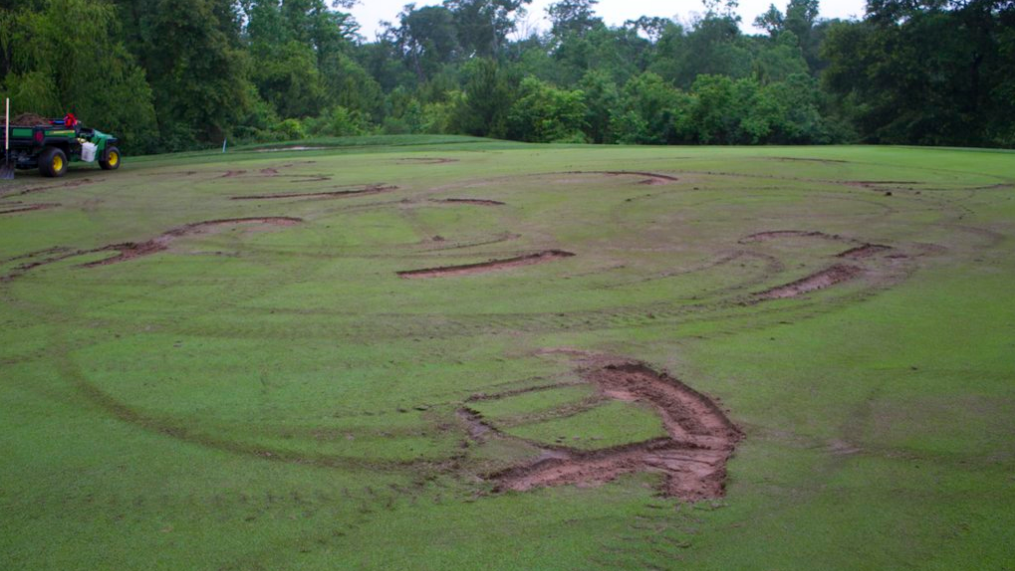 The agronomy staff at the Golf Club of Houston, host of the Shell Houston Open, did not have a good Monday.

The Director of Agronomy for the club tweeted a photo Monday morning that shows the 14th green of the tournament course covered in tire marks from what appears to be doughnuts done by an ATV or truck. Why anyone would do this to a golf course is beyond me, but to do so at a golf course that is hailed for its outstanding greens year in and year out by PGA Tour players is just sick.

The GCOH is known for its Augusta-like conditions, and has become a popular Tour stop for players looking for a last minute tune up before the Masters or for players looking for one last chance to punch their ticket to the year’s first major. When contacted for comment the club was not willing to venture a guess at how much it would cost to repair the damage but said that the green would be closed for a number of days and that they would do their best to replace the damaged areas with turf from their nursery green.

Thankfully it was only the one green that was damaged, so hopefully the club is able to bounce back quickly from this unfortunate incident.