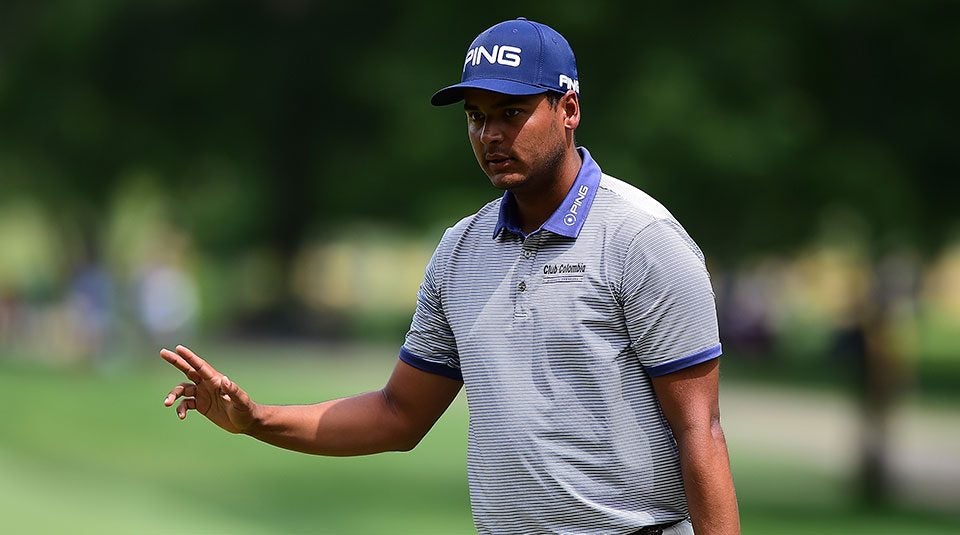 Sebastian Munoz reacts after making a birdie on the sixth green during round three of The Greenbrier Classic.
Getty Images

WHITE SULPHUR SPRINGS, W.Va. (AP) — Sebastian Munoz shot a 2-under 68 on Saturday to maintain a two-stroke lead over Robert Streb after the third round of The Greenbrier Classic, keeping the PGA Tour rookie in position to become the tournament’s first wire-to-wire winner.

The 24-year-old Colombian was at 14-under 196 on the Old White TPC, the course that was renovated after severe flooding forced the event last year to be canceled. Streb shot a 65.

Rookie Xander Schauffele and Jamie Lovemark were tied 11 under after 66s.