Rory McIlroy and Tom Brady to Play Practice Round at Augusta 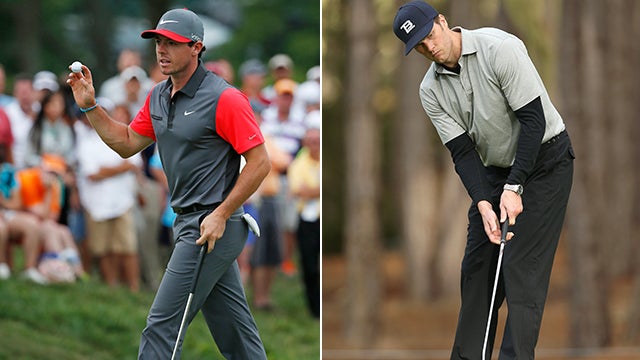 A four-time major winner and a four-time Super Bowl champion? Sounds like the beginning of an ideal foursome.

Rory McIlroy will play two practice rounds at Augusta National next week in preparation for the Masters — and one of his partners will be Super Bowl XLIV champion quarterback Tom Brady.

Next week @McIlroyRory will play Augusta National with Tom Brady. A 4-time Super Bowl champ walking the fairways with a 4-time Major champ.

Brady held an 8 handicap a few years back and has competed in the AT&T Pebble Beach National Pro-Am a couple of times.

The pressure is on for the 25-year-old world No.1; if McIlroy emerges a champion on Masters Sunday, he will be just the sixth player to achieve a career Grand Slam.

McIlroy has had some bad luck at this tournament the past few years, from his loss to an amateur in 2014, to falling out of contention in 2013, to the epic meltdown of 2011.

So, sorry Tom — looks like Rors isn’t going to be taking it easy on you during that round!