Reveling in the anticipation of Masters Sunday eve 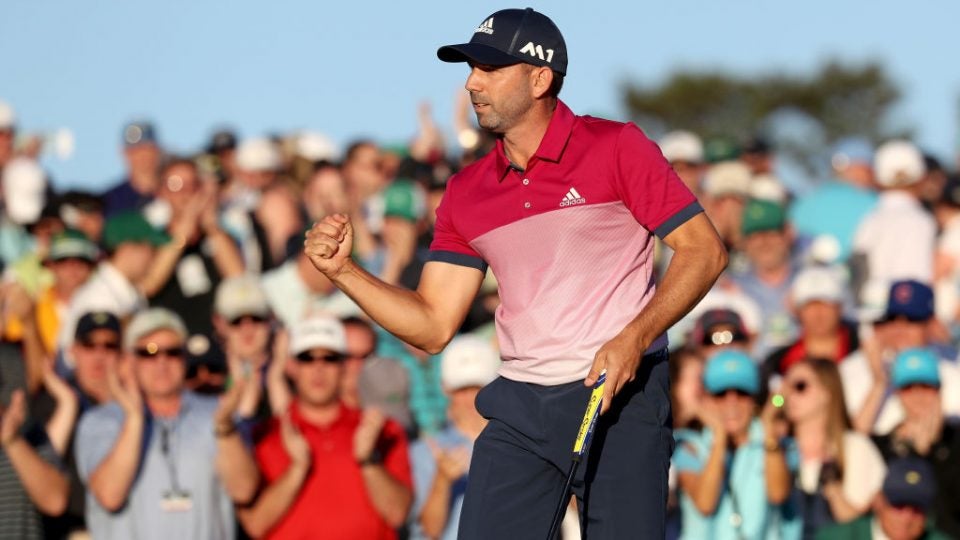 during the third round of the 2017 Masters Tournament at Augusta National Golf Club on April 8, 2017 in Augusta, Georgia.

AUGUSTA, Ga. – ’Twas the night before Masters Sunday, when all through the Augusta National clubhouse not a player was stirring not even…

Two off the Masters lead after a third-round 72, Hoffman was seated alone at a table in the Augusta National locker room, a smile on his face. Away from the pressure and the patrons, the 40-year-old San Diegan was slouched in a chair enjoying an iced tea, on the cusp of a round that could change his life.

Hoffman couldn’t have been pleased with the tee shot he splashed at the 16th on Saturday, but he had held up commendably in what was one of the biggest (the biggest?) rounds of his career.

But so do many others.

Masters Sunday is a rush, but there’s something thrilling about Masters Sunday eve, those few hours between the conclusion of the third round and the beginning of the final round.

The hype, the speculation, the anticipation. Who will own the day? Everyone has an opinion — Sergio! Rose! Spieth! — but no one has the answer.

As Hoffman unwound in the locker room, patrons outside streamed toward the exits and the sun began to fade. Garcia emerged from the clubhouse and greeted his family near the shadows of the old oak: his father, Victor; his mother, Consuelo; his fiancée, Angela Akins; his manager Carlos Rodriguez. Much has been made this week of Garcia’s new mental state. He’s in love, happy, at peace, the thinking goes, and in turn more at ease on the course.

“My mentality has kind of changed a little bit, the way I’m thinking about things,” Garcia told the press Saturday evening. “Particularly this week here at Augusta.

That kind of mature, levelheaded talk is enough to make you believe that it’s finally Garcia’s time. But so many other players stand in his way, and they all want something too.

Rose desperately wants to be a part of the history of this storied place.

Ryan Moore, a five-time Tour winner and Ryder Cupper who has never gotten his due as a professional, desperately wants to be acknowledged as a top-tier player. A green jacket would help.

On Saturday night a reporter reminded Garcia that Garcia’s idol, the late Seve Ballesteros, would have turned 60 on Sunday. What, Garcia was asked, would it mean to win the Masters given that bit of serendipity?

“I don’t want to get ahead of myself, but it would mean…”

“I don’t even know how much it would mean.”

Hoffman can relate. He’s won four times on Tour but a Masters title would elevate him to another level.