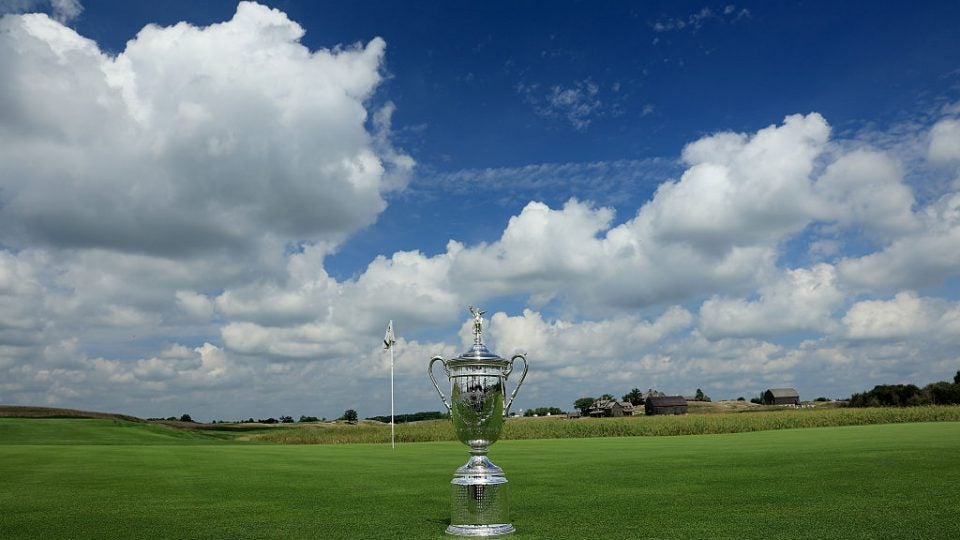 hole at Erin Hills Golf Course the venue for the 2017 US Open Championship on August 29, 2016 in Erin, Wisconsin.

A golfer attempting to play his way to the 117th U.S. Open shot a 55-over 127 at his local qualifier at Robert Trent Jones Golf Trail at Silver Lakes in Glencoe, Ala., on Wednesday. But what made the score particularly interesting was the fact that the player had signed up as a professional. A 1.4 handicap is required of amateurs, but you can also sign up as a pro, which is what Clifton McDonald of Meridian, Miss., did. He shot 68 on the front nine and finished with a 127.

Former Georgia player Lee McCoy, who qualified for the 2015 Open, played in the same local qualifier. He posted a tweet with McDonald’s scorecard, which set off a social media storm. (McCoy advanced to the sectional qualifier.)

The scorecard of the guy that played in front of me at US Open qualifying today. Shot 68 on his front 9 and decided to finish #NeverGiveUp pic.twitter.com/zfOBJPzNfI

U.S. Open local qualifying continues until May 18. More than 9,000 golfers across the country will attempt to play their way to Erin Hills in June.