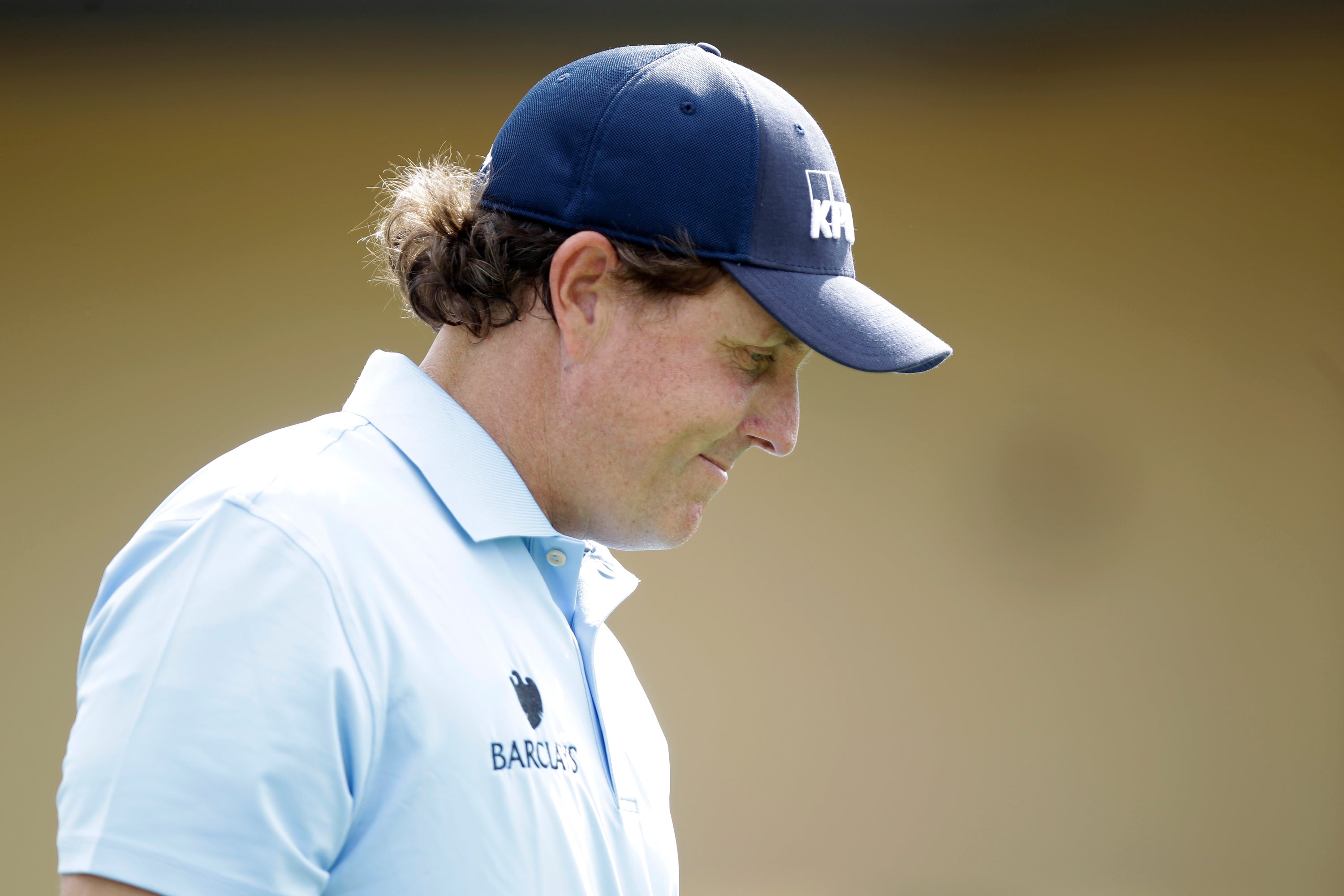 Phil Mickelson leaves the first tee during the third round of the Honda Classic
AP/Luis M. Alvarez

Here’s an interesting thought: Phil Mickelson could win the Masters.

That’s the takeaway after Mickelson, 44, “made a lot of great putts” (his words) to get into contention halfway through the final round at the Honda Classic at PGA National. That he bogeyed four of his last 10 holes Monday, finishing 17th at even par, six shots out of the Daniel Berger-Paddy Harrington playoff, was beside the point. Phil is feeling frisky again.

“It’s fun to feel the pressure and to be in it,” Mickelson said after play was suspended because of darkness Sunday night. “It was a fun day.”

That Mickelson is showing signs of life is a positive development not just for him, but also for fans. This has been a strange season for the game’s marquee names, and it’s been hard to know what to make of it.

Rory McIlroy was red hot (runner-up at Abu Dhabi, winner in Dubai) and focused (no more lawsuit!) as he made his first U.S. start of 2015 at the Honda last week, so naturally he sprayed it everywhere and missed the cut.

Former No. 1 Tiger Woods didn’t even play in the Honda, and despite his swing looking much improved at the unofficial Hero World Challenge in December, it’s hard to say which is now in worse shape: Woods’ game, his body, or his mind. (His chipping woes are almost certainly mental.)

We lumped Mickelson in with Woods because Woods-and-Mickelson (or Mickelson-and-Woods) rolls off the tongue like Proctor & Gamble or Baskin-Robbins, and Phil seemed to be struggling, too. He three-putted five times in missing the 36-hole cut at the Farmers at Torrey Pines, his second straight MC, and called his putting “beyond pathetic.” So we declared Mickelson dead on arrival in 2015, like his old foil Woods. The symmetry was irresistible, two old gunslingers limping off into the sunset. But Mickelson isn’t Woods. After working with longtime coach Butch Harmon in the off-season, a noticeably slimmer Lefty came into 2015 hitting the ball quite well tee to green. He didn’t have the chip yips. His body wasn’t failing so fast that parts were literally falling off. (Tiger’s tooth!) Mickelson had his psoriatic arthritis in check; only his poor putting was holding him back, and he seemed to find his old form at the Honda.

“It’s such a small stroke that it’s just not a hard fix,” he said at PGA National. “It seemed pretty easy to get back. You get greens like this that are just perfect condition and very soft movement around the holes, and you’re going to make a lot of putts. It just builds confidence.”

Mickelson took just 27 putts in round one, 26 in round two, and 25 in round three. His only hiccup: He took 35 putts in the final round Sunday and Monday, including a badly pulled three-foot birdie attempt on 18.

Still, this was not the same Mickelson we saw at Torrey Pines. His 113 putts at the Honda tied for 19th in the field, and with six weeks left until the Masters, he may be starting to zero in on his fourth green jacket. He is exactly where he needs to be, and as he and the rest of the Tour head to this week’s WGC-Cadillac at Trump National Doral, the game is better off for it.