PGA Championship 2019: Why Bethpage Black could be tougher than ever For the first time ever, the PGA Championship will be played in May instead of August. The 101st edition of the tournament will be played on the infamous Black Course at Bethpage State Park on Long Island for the first time as well. Because of the change in timing of this year’s tournament, Bethpage Black is all but certain to play differently in the spring compared to the summer.

The difference in seasons could also result in the course being even more difficult than it already is, according to PGA of America’s Chief Championships Officer Kerry Haigh.

“It is likely that the course will play more difficult in May than it would have in August due to the fact that the health of the grasses is significantly better in May,” Haigh said. “The fairways, roughs and greens are all actively growing at that time of year, whereas in August they are struggling to stay alive due to the heat and humidity.”

Haigh also noted that the foot traffic on Bethpage Black will not be as impactful in May as it would be in August.

“There will certainly be less wear and tear on the course with the championship being played in May versus August,” Haigh said. “Bethpage is one of the very best public golf courses in the world and as a result it attracts lots of golfers.”

While the course might have more teeth, Haigh believes that players and fans will enjoy the spring conditions more.

“It is also more likely that we may have stronger winds and more moderate air temperatures which will also make it more challenging as well as more enjoyable to walk around for both players, caddies and spectators,” Haigh said. 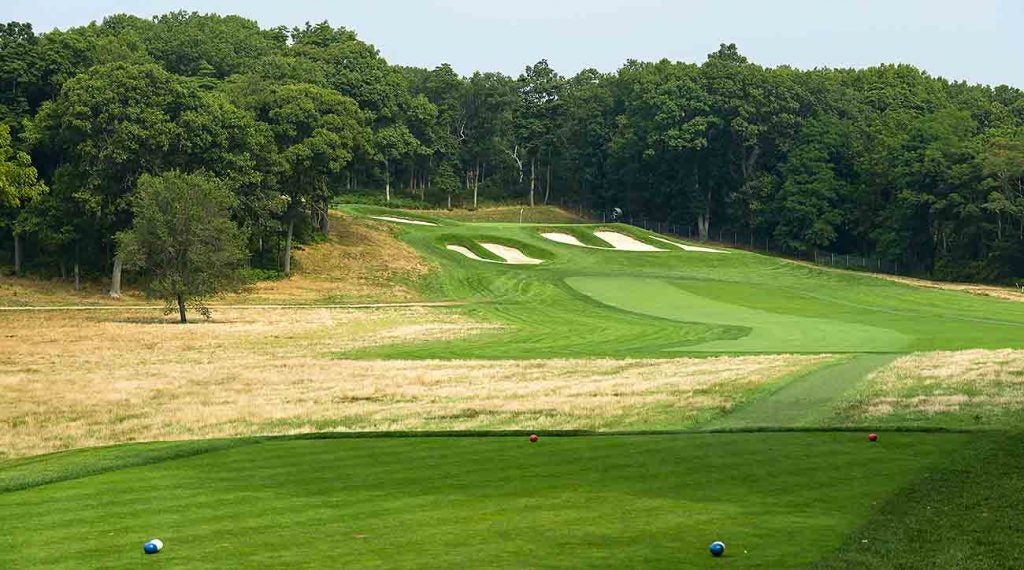 Andy Wilson, who serves as the director of agronomy at Bethpage, sees and knows the course more than anyone. He affirmed that wind will surely have an impact on how the leaderboard shakes out.

“This time of year, we have a little more wind,” Wilson explained. “If we get 10-15 mph winds, those could be the margins that make it much more difficult and give the players a little more trouble. That could also mean if there’s downwind on holes, they can really get after it. I think the wind could be more of a variable in the spring than it is in August.”

Wilson also agreed that players are more likely to enjoy spring weather at Bethpage than having to play in the heat of August.

“The average temperatures for that week are a high of 68 and the low of 53,” Wilson said. “That’s pretty nice weather. Golfers will be much happier to play in that than when we get to August when it could be 88 degrees and sweltering humidity. I think most players would prefer to play in the spring than in August.”

It the PGA of America’s decision to move the tournament up as the second major of the golf season, but Wilson and the Bethpage staff endorse the move.

“Most courses in the Northeast have full season grasses like Poa Annua, Ryegrass and Bent grass,” Wilson said. “Those temperatures are right in the wheelhouse for those grasses. So it’s a little better time for us, especially as a public course. In August, it would probably be a little more tired and had a little bit more traffic on it. We’re happier that it’s in May as well.”