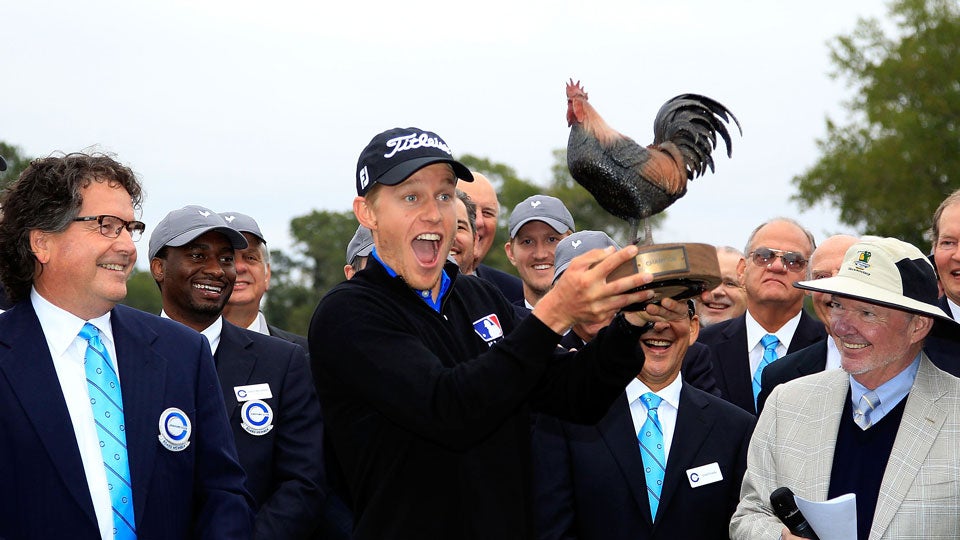 Peter Malnati hits an approach shot on the sixth hole during the first round of the St. Jude Classic. He parred the hole and shot a 5-under 65.
AP Photo/Mark Humphrey

It’s okay if you didn’t expect Peter Malnati to win the Sanderson Farms Championship this weekend in Jackson, Miss. All that matters it that he expected it.

The latest PGA Tour winner actually wrote about it earlier this week in a blog post on his site petermalnati.blogspot.com. Malnati outlined goals for the 2015-2016 season on a “plan board,” detailing what he thought would lead to success.

He wrote, “My game is starting to click, and I’m ready to play. I’m going to be happy and composed on the course, and if things go my way, I’m ready to have a great week.” Yes, the PGA Tour is littered with optimism each week, but his list of goals seems prophetic now after he won the event at 18-under, outlasting William McGirt and David Toms by one stroke.

Malnati reached all his “performance goals” but one, coming up short in driving accuracy by hitting just 33 of 56 fairways (58.9 percent). The 28-year-old made up for a somewhat lackluster driving performance with his iron play and putting, reaching 83 percent of greens in regulation (check) and holing 58.3 percent of his putts from 10 to 15 feet (check). From 100-125 yards, he was reaching those greens with proximity of 17’3” (check). He also led the field in average distance of putts made, sinking nearly 124 feet of putts each round.

All in all, it was a week defined by a 67.5 scoring average—one more check. A two-putt from 48 feet sealed the victory. As for “Federer-like composure at all times,” does this qualify?

Peter Malnati getting ready for a possible playoff. pic.twitter.com/aOlX16C5UL