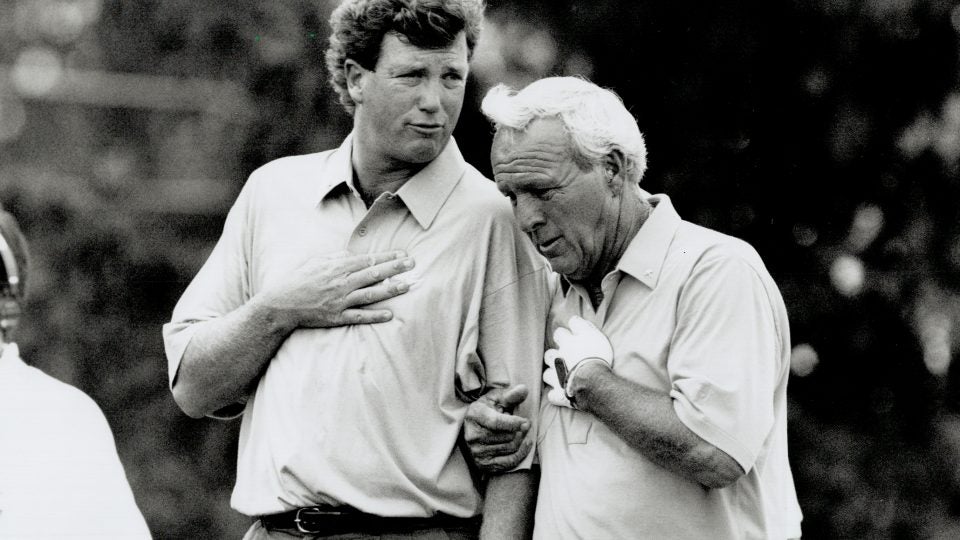 Peter Jacobsen met Arnold Palmer many years ago, but if you ask him it's clear he remembers it as though it happened yesterday.
Getty Images // Ron Bull

When Peter Jacobsen left the University of Oregon in 1976, he wasn’t sure he had what it takes to stick on the PGA Tour. Four decades later he remains a vital force in the game as a player, television commentator, tournament promoter, course designer, philanthropist, and tireless spreader of goodwill. It is because of the latter that he was chosen to serve as an ambassador for last week’s Arnold Palmer Invitational in its first playing since the death of the eponymous host.

Jacobsen arrived on Tour while the King was still a regular presence. He finished 25th at the 1986 Masters, won by another giant of the game, Jack Nicklaus. Jacobsen, 63, had his best year on Tour in 1995, winning twice and finishing fourth on the money list. The next year Tiger Woods turned pro, and Jacobsen was witness to even more history. I sat down with him in his hotel room in Orlando to get his thoughts on Palmer, Woods and everything in between.