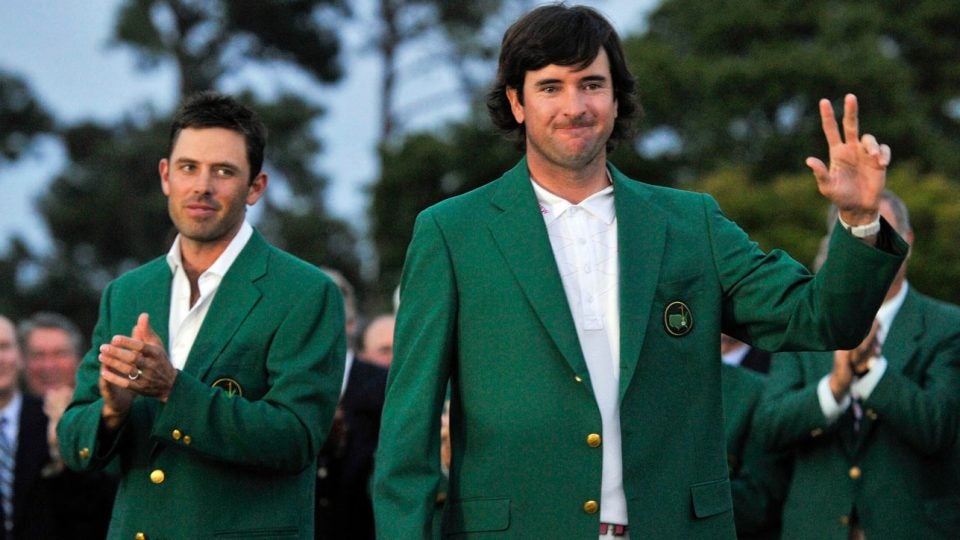 The 2019 PGA Championship is right around the corner, and with the second major of the year heading to Bethpage Black on Long Island, New Yorkers are taking note. And not just the locals, but the most prestigious paper in the five boroughs: the New York Times.

With two weeks to go until the PGA, you won’t find your favorite players on the front page just yet, but golf did make an appearance in a recent New York Times Crossword puzzle.

The mind behind the crossword in the April 30, 2019, print edition decided to include a little golf trivia in their work. But if you’re an avid follower of pro golf, you might turn your nose up at how easy the question is.

It probably doesn’t need to be said, but for the record, the correct answer is “Bubba”, as in Bubba Watson.

We already knew Bubba won his first Masters in 2012 and followed it up with another victory in 2014. One thing we did learn on Tuesday, though, is that Bubba Watson is a reader of the New York Times (or at least a devoted crossword puzzler.) The clue caught Bubba’s attention, and he tweeted out a photo of it along with the caption, “Coincidence?? I think not! Excited to back in NY!”

Coincidence?? I think not! Excited to back in NY! pic.twitter.com/1Cd6AcFzU2

You may have known the answer immediately, but, to be fair, most New York Times Crossword puzzlers are not die-hard golfers like yourself.

But if you’re a true golf history nut, one fact may have stumped you, at least temporarily. There are actually two Watsons who have won a pair Masters titles. But since “Tom” doesn’t fit in five squares, “Bubba” is the only right answer.

The PGA Championship at New York’s Bethpage Black course kicks off Thursday, May 16.