Master Strokes: My four go-to shots that helped me win a green jacket 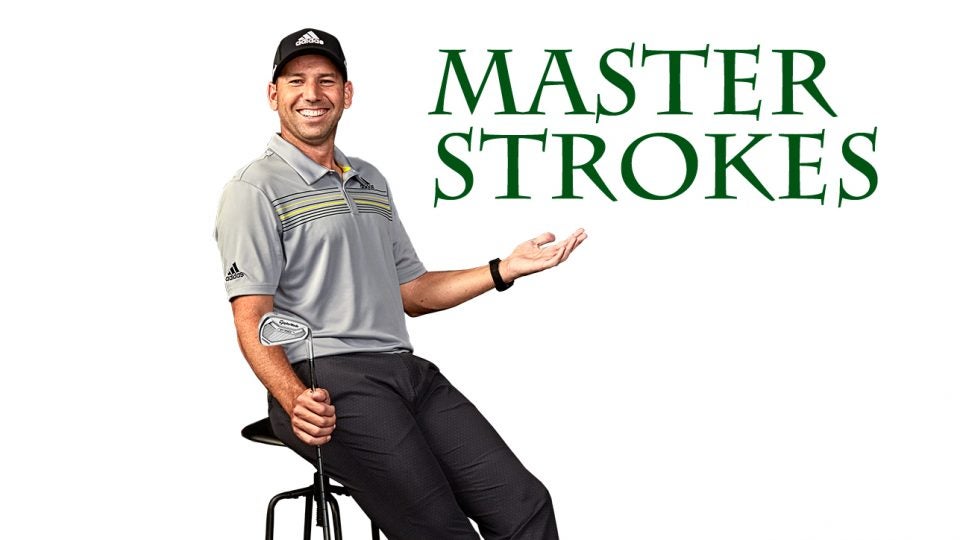 I once said that I wasn’t good enough to win at Augusta. Hey, I experienced some frustrations there over the years. But I never gave up hope, and I never stopped dreaming of the green jacket. All along, I had faith in my shotmaking and my putting. (Hello, eagle on 15!) Here are four of my bread-and-butter swings. They helped me win the Masters— and can help you have your major moment.

The ‘Bite and Spin’ Wedge

The easiest way to make more putts is to knock the ball closer to the pin, especially with your wedges and short irons. The key is to get the ball to “bite” and spin back—or at least hold its ground. After all, you can’t get close if your shots run out well past the pin. On my first hole on Sunday at this year’s Masters, I left my 133-yard approach just five feet from the hole, then made the birdie putt. Talk about motoring out of the blocks! And I hit my approach nice and tight on the 18th hole, thanks to a lot of ball-controlling spin.

Crisp, clean contact is critical to “bite and spin” wedge shots, and it starts by keeping your body stable. Check out the photo at right: I’m at the top of my swing, but my upper body is over the ball, just as it was at setup. I see a lot of weekend players sway to the left or right as they swing. That’s not how you add wedge spin—that’s how you thin it. Keep your chest over the ball well into your downswing. You want ball-first contact and then a healthy divot, and it helps to have your upper body centered above your contact point. And take healthy swings. Don’t baby it. Give it a good whack, making sure the club reaches top speed through impact, not before. Time it right and the grooves of the clubface will grab the ball, creating the friction you need to make your approach shots dance.

A lot of players carded double bogeys (or higher) at this year’s Masters. I was lucky—bogey was my worst score all week, and the one I made on No. 10 on Sunday felt more like a par. After hitting my approach into the pine straw right of the green, I had one option: a soft lob. It’s a shot I learned as a little kid. There’s no better way to get the ball up and stop it quickly from short range. The lob I hit on the 10th rolled out a bit, because the green was running away from me, but it was close enough for a manageable up-and-in. In terms of technique, it’s easy.

First, open the clubface as much as you can (this shot needs to soar). Open your stance, too—just make sure the clubface points at your target. Once you’re set, take the club back slowly—a fast backswing destroys tempo. As you transition into your downswing, smoothly accelerate through the ball. Think “calm speed, full swing.” And don’t quit on it! Although it’s a short shot, you need decent speed and full commitment to launch the ball high enough to get that nice, soft landing.

I made a nice birdie on No. 14 on Sunday to get within one of the lead. But when Justin Rose hit a good drive on the par-5 15th, I knew he’d go for the green in two—and I knew I’d need to do something special. I piped my drive, leaving just 177 yards to the green. I was thinking eagle. Of course, shots had been running off the back of the 15th green all day (ask Justin), so my only chance to leave a makeable putt was to launch an extra-high iron. And did I ever. My 8-iron approach actually grazed the pin and stopped 15 feet from the hole. You know the rest.

The trick to adding launch angle and height on iron shots is to move the ball slightly up in your stance—you want it about even with your left heel (roughly where you’d position the ball when hitting a hybrid). With the ball up in your stance, it’s impossible to deloft the club at impact. When you swing, think “sweep” more than “pinch,” which lets you use all of the loft built into the clubface. Here’s a bonus tip for yet more height. Once you make contact, force your chest up and get your sternum pointing above your target as you move into your follow-through. This helps you guide your club through the impact zone on a slightly ascending angle. Just so you know, you may lose a bit of distance with this technique, so take an extra club to compensate.

On Sunday at Augusta, you twice saw me hit a fade off the tee on 18—first on the 72nd hole and again in the playoff. It’s what the hole called for. But my preferred shot shape is a draw, which came in very handy elsewhere during the Masters, especially on the par 5s, where I was 7-under for the week. A draw is a little more difficult to pull off than a fade, especially for weekend players, but the extra distance you get from a right-to-left ball flight—I’m talking 10 to 20 more yards— makes it worth learning. I ranked sixth in driving distance at the Masters, and four of the five guys ahead of me are still in their 20s. (I’m 37.)

To set up for a big draw, choose where you want the ball to land and aim a few yards right of that spot. Next, close your stance and hood the clubface a few degrees more. The trick? Get the ball to start to the right of where your stance and clubface are aimed. To do this, feel as if you’re pushing the club to the right of the target through impact (or, if you’re a baseball fan, imagine hitting a liner to the second baseman). The move will probably feel weird at first, but stick with it. Once you make contact, turn your right wrist over your left, getting the club to “exit” over your left shoulder. This steady, right-over-left wrist move will guide the ball back to the left and send your tee shots slinging way down the fairway.