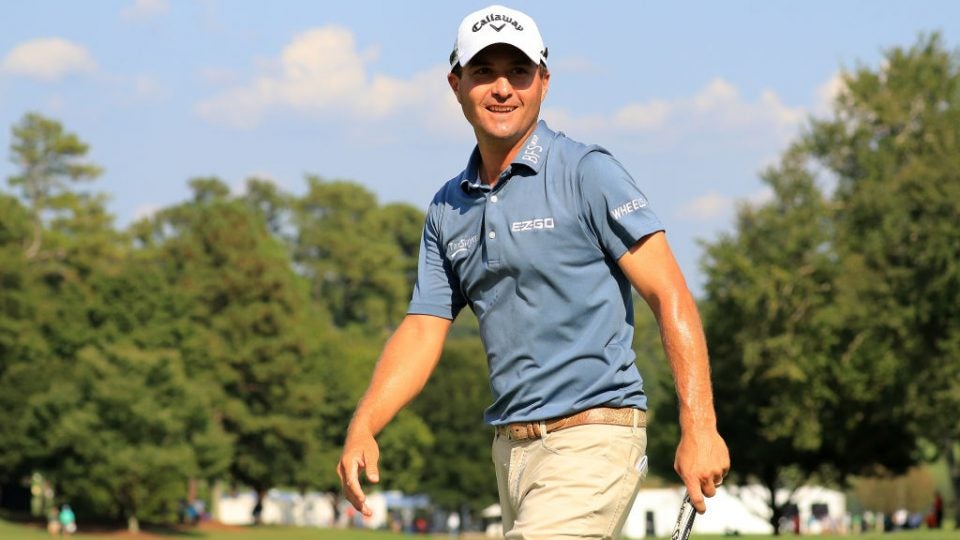 ATLANTA, GA - SEPTEMBER 22: Kevin Kisner of the United States celebrates his birdie on the 16th green during the second round of the TOUR Championship at East Lake Golf Club on September 22, 2017 in Atlanta, Georgia. (Photo by Mike Ehrmann/Getty Images)

Kevin Kisner will get to the Georgia vs. Mississippi State game tonight on time thanks to a little help from his PGA Tour friends–and his Twitter account. On Friday Kisner tweeted that he needed a helicopter to take him to Athens to get to the game at 7 pm; his tee time is at 1:45 p.m. this afternoon.

Luckily for Kisner, the Golf Channel reports that Justin Thomas came to his rescue, setting him up with a local company called Helicopter Express. Kisner’s ride will pick him up at the Charlie Yates Golf Course, near East Lake.

I need a helicopter to take me to Athens tomorrow after the round to make the game. Who has one in ATL?