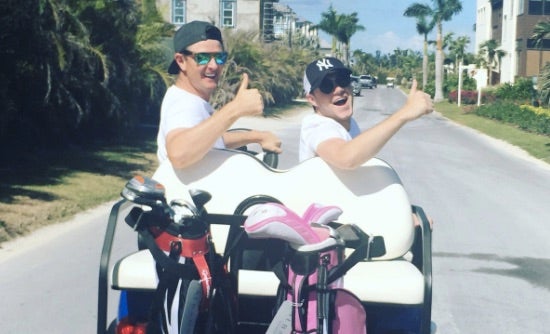 Justin Rose seems to be taking his defeat at the Masters last night fairly well. He posted a photo to Twitter on Monday of himself with Niall Horan on the way to the range, both smiling for the camera. After the tournament, Rose also took to Twitter to congratulate his opponent and thank his supporters: “Congrats @TheSergioGarcia Incredible battle out there. Sport in the moment can be tough. But it’s just sport. Hope you guys enjoyed it.”

Horan cheered Rose on during the tournament, but he also congratulated Sergio Garcia for his win after the playoff.

Unbelievable battle out there today . Incredible nerves of steel by both . Congratulations @TheSergioGarcia , delighted for you sir .