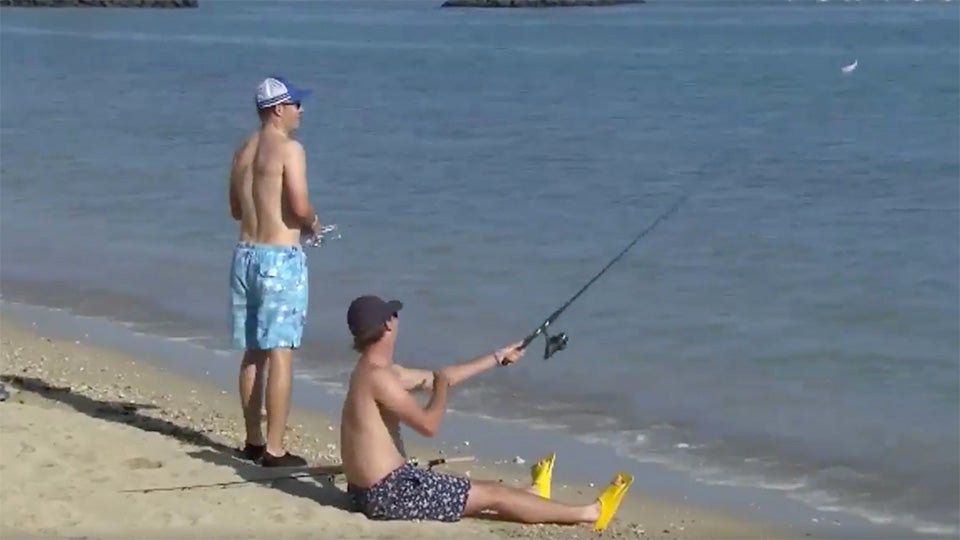 Jordan Spieth and Smylie Kaufman fishing after their rounds at the Sony Open.
Twitter/@PGATour

While Justin Thomas was telling the media about his round of 59, his friends Jordan Spieth and Smylie Kaufman decided to have some fun.

After Spieth and Kaufman carded rounds of 65 and 69 in the opening round of the Sony Open in Hawaii, the duo hopped in a kayak and went fishing off the shore of Waialae Country Club.

Spieth and Kaufman soon proved they are much better golfers than fisherman.

Let’s check in on Smylie … pic.twitter.com/aqCLCxi70i

Chasing a sea turtle “crush” was a bad idea. That’s when our fishing trip took a turn for the worst. Lost the fishing poles but survived https://t.co/SlLTMbgi9b