Jason Day’s TaylorMade Driver and Irons: The Clubs That Won

Last week we wrote about long hitters usually playing well at Torrey Pines, especially on the South course that often plays as the longest on the PGA Tour. On Sunday, the Farmers Insurance Open came down to a playoff amongst four of the tour’s bombers.

Prior to Jason Day’s playoff victory, eight of the last 10 Farmers Insurance Open winners (dating to Tiger Woods in 2005) finished top 12 in driving distance. Day, who led the field last week in the stat, is now the ninth of the last 11.

Day finished with an average of 308.9 yards per drive, narrowly edging Waste Management champion (and currently the tour’s longest hitter) Brooks Koepka by less than one yard. Everyone who finished in the top five (Day, J.B. Holmes, Harris English, Scott Stallings, Charles Howell III and Alex Prugh) also finished in the top 10 in driving distance for the week. 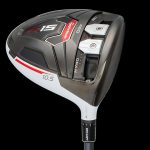 You may also like TaylorMade R15 Driver Review: ClubTest 2015

Despite the high rough at Torrey, driving accuracy was of minimal importance. Shane Lowry and Nick Watney were the only top-10 finishers to crack the top 30 in driving accuracy.

Day’s two longest drives of the week happened Sunday on the fifth hole at the South Course (353 yards) and the ninth hole (341 yards), where he made birdie.

While not quite as impressive as his driving distance stats, Day’s iron game was also top notch this week. He finished T8 in GIR percentage with 51 of 72 for 70.8 percent. He also sealed the victory with a clutch 5-iron from 223 yards on the par-3 16th, the second playoff hole, after J.B. Holmes launched his shot over the green.

Here’s a look at the TaylorMade Tour Preferred MC 2014 irons Day currently has in the bag.