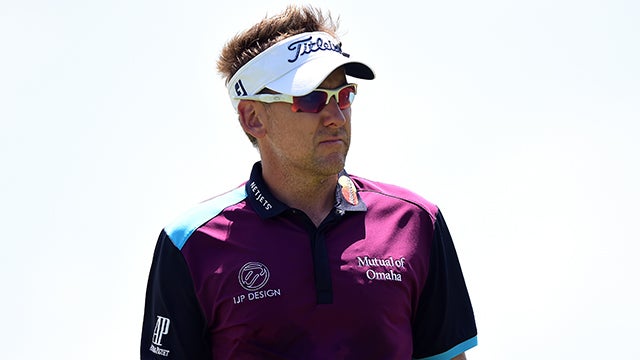 European Ryder Cup stalwart Ian Poulter should be used to taunts from American golf fans, but a heckler managed to get under the PGA Tour star’s skin at the Valspar Championship on Saturday.

A spectator named JJ Downum boasted of harassing Poulter on the back nine Saturday, recounting the episode for Barstool Sports.

According to Downum, Poulter asked that they be removed from the event grounds before splashing his tee shot on the 197-yard par-3 13th. It was the second consecutive year that Poulter splashed his tee shot on the 13th during the third round, but that was just the beginning, as the confrontation turned to social media.

Poulter saw it and fired back, tagging the accounts associated with Downum’s employer.

I’m sure @FSC_Athletics & @FscSports are really proud of your professionalism. I wish you the very best Ian pic.twitter.com/jqFa3WVuDC

In the end, Downum may have got the last word.

@IanJamesPoulter thanks Ian!! Wanna watch the Ryder Cup together?!?!

The ramifications for Poulter’s wet tee shot might go beyond just this past weekend. Poulter dropped to 67th in the world golf rankings, which would keep him out of the WGC-Dell Match Play event next weekend. With Jim Furyk and Henrik Stenson already confirmed to miss the event, Poulter will either have to play his way in with a good finish at the Arnold Palmer Invitational this weekend or hope that another player ranked higher than him bails.