Ian Poulter on the Ryder Cup, social media and his most embarrassing moments 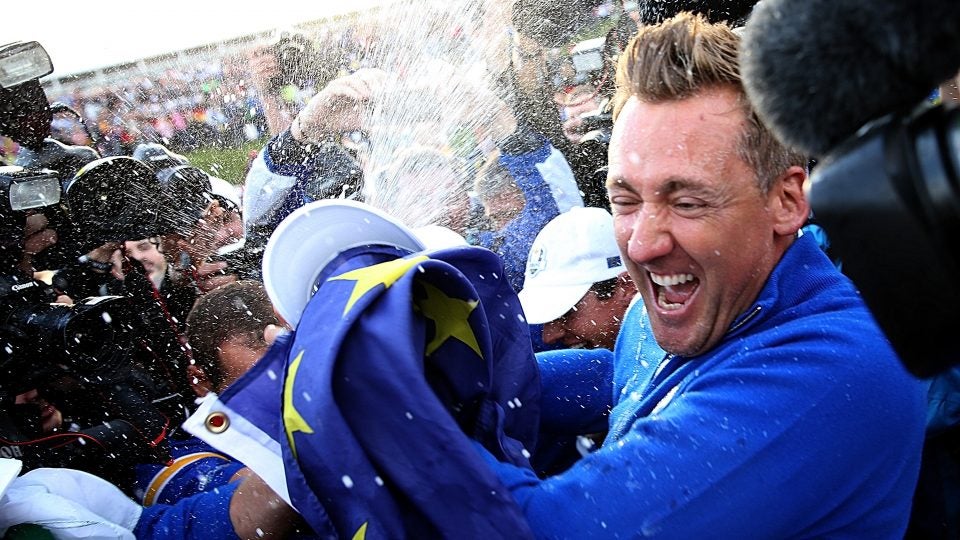 Ian Poulter, king of the Ryder Cup, shares all kinds of stories from the biennial event, like when Michael Jordan spurred him on at Medinah.
Getty Images // Ross Kinnaird

Ian Poulter has long been one of the most polarizing figures in golf. As his caddy Terry Mundy recently told me,”He’s like Marmite – either you love it or hate it. No one can just take it or leave it. Same with Ian.”

Poulter’s passion defined a decade of Ryder Cups – and his 12-4-2 record (4-0 in singles) helped Europe extend its dominance. But the same edginess has not translated well to his Twitter feed, where Poulter has 2.31 million followers, more than any golfers on the planet not named Tiger or Rory.

At last year’s Valspar Championship, an obnoxious spectator repeatedly heckled Poulter while he was standing over the ball. Later, Poults called him out on Twitter and tagged the man’s employer, leading to his firing. This was only one of many electronic dustups he’s been part of as golf’s earliest adoptor of social media.

On the golf course Poulter, 41, has reached as high as No. 5 in the World Ranking, but 2016 was a struggle as he battled an arthritic joint in his right foot. Now healthy, Poulter is trying to fight his way back to the front ranks of the game. We sat down on Monday of the Arnold Palmer Invitational, within the walled gates of Lake Nona.

Next door to Poulter’s oft-photographed Art Deco mansion is what looks like another huge house but what he calls his “office and museum” — it is home to his collection of rare Ferraris and assorted memorabilia from his career. It also boasts an industrial kitchen for hosting events.

We took a seat in the boardroom, and outside the glass doors, workers were setting up for a corporate function that Poulter would host that evening. He was stubbly and dressed-down in a tracksuit but otherwise wore an impressive game face for the first podcast of this raconteur’s career.

The 75-minute discussion includes the following: