‘I was totally nervous’: The last time Tiger Woods played a tournament at Innisbrook, he had a partner, Kelli Kuehne 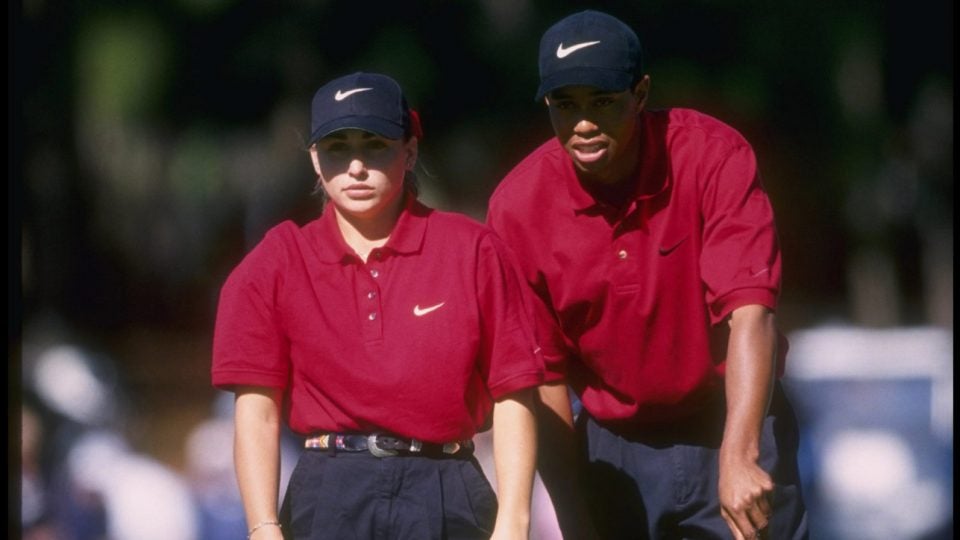 DALLAS – When Tiger Woods announced Friday that he would make his first-ever appearance at the PGA Tour’s Valspar Championship, at the Innisbrook Resort in Florida next week, memories came flooding back to Kelli Kuehne.

That’s because the last time Woods played Innisbrook’s Copperhead course in competition, it was as Kuehne’s partner — in the 1996 JCPenney Classic mixed-team event.

When reached by phone Friday, Kuehne said she and Woods were both still kids at heart — she was 19, Woods was 20 — and longtime friends who spent as much time goofing off that week as they did playing golf.

“One day we had a contest to see who had the most Nike logos on their clothes and clubs,” said Keuhne, who was then a rising star with a U.S. Girls Amateur and a pair of U.S. Women’s Amateur titles on her resume. “I think I wound up with 21 logos. He had almost that many, but I still beat him.”

“Another day his caddie Fluff [Cowan] spent time showing my brother and caddie Trip how to read a yardage book and how he marked each hole. It was my first event as a professional and I was totally nervous.”

You may also like Tiger commitment sends Valspar staff into overdrive: ‘It’s absolutely crazy, but in a great way’

Woods not so much. Though he, too, was a newbie pro, Woods was accustomed to the spotlight. He had already won his first professional event, in Las Vegas, so Tigermania was in full swing when he and Kuehne arrived at the Tampa-area resort.

“We were having dinner one night at the resort and this lady just walks up and hands Tiger her baby and says, ‘Please take a picture with my baby.’ I mean, right in the middle of dinner. I don’t think it even fazed him. He said, ‘Sure, I’ll take a picture.’

“He was just rolling at the time, he was Tiger, and he was the next one.”

Woods was close friends with the Kuehne family and often stayed with them when he was competing in junior events in North Texas. He and Kelli would play together, alongside her brothers, Trip and Hank, who were also serious sticks.

Woods and Kelli finished second in the Innisbrook event, one behind Mike Hulbert and Donna Andrews, but Woods still stole show.

“I remember really fast greens and tree-lined fairways everywhere, which I spent a lot of time chipping out of,” Kuehne says. “He didn’t have any problems — he just blasted it in the fairways, chipped it close and made some putts.”

The galleries lapped it up. 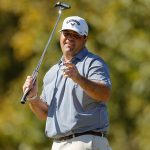 You may also like ‘I’m not even mad’: Pro O.K. getting bumped from Valspar in favor of Tiger Woods

“I saw some big crowds in my career, but never anything like that,” Kuehne says. “I know I will never forget it as long as I live the craziness of the entire scene of people everywhere and just wanting to touch Tiger. I was just totally overwhelmed by the entire circus of the event.”

Kuehne won once on the LPGA tour, in 1999, but injuries ultimately forced her into retirement. She recently moved back to her hometown of Dallas, where she still plays golf with friends and does some teaching.

When Woods returns to Innisbrook next week, she will be watching the telecast.

“Just to relive those fun memories together,” she says. “It’s something I will never forget.”