Has Gene Sarazen’s 1950 Masters medallion turned up on Reddit? 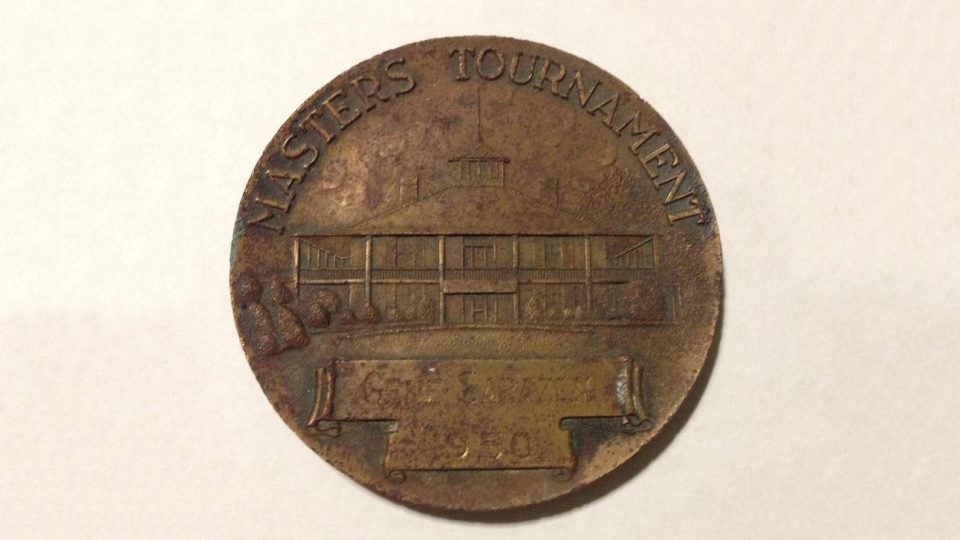 Is this Gene Sarazen's bronze medallion from the 1950 Masters tournament?
Via Reddit

A Reddit user posted photos of a bronze medallion bearing Gene Sarazen’s name and engraved with “1950” and “Masters Tournament” on Saturday. He said he found the medallion in a river bank in upstate New York more than 10 years ago.

Although it’s impossible to verify from a photograph, the medallion looks remarkably like the other medals that were given out that year to each of the players in the tournament, some of which have gone up for auction. In 1950, Sarazen tied for 10th with Fred Haas; Jimmy Demaret was the winner. It was only the 14th Masters in history. It was also the first major that Ben Hogan played since he was injured in a car accident in 1949.

Sarazen was one of the greatest golfers of all time; he won seven majors, including the Masters in 1935. He also invented the modern sand wedge.

As for how the medallion came to rest at the bottom of a stream in upstate New York, Sarazen owned a farm in Germantown, N.Y., for many years, where he grew apples and received letters from President Eisenhower.

We’ve reached out to the original poster for comment on this fascinating piece of Augusta history.