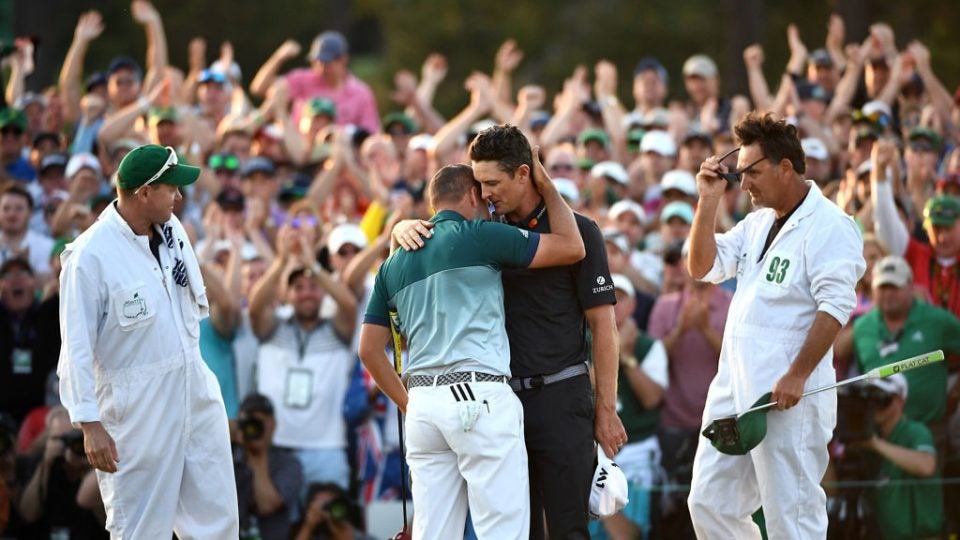 Members of the press and fans around the world praised both Sergio Garcia and Justin Rose for their sportsmanship during the tense final round of the 2017 Masters. The two competitors were seen congratulating and high-fiving each other as the round progressed, and though Rose was clearly upset after his defeat, his actions and comments afterward were gracious and classy.

At least one commentator, though, took issue with the display of good will: Stephen A. Smith of ESPN. He appeared on ESPN’s First Take on Monday to complain about what he saw as a lack of competitive fire at the Masters.

“First of all golf disgusts me sometimes,” he said, before adding that he had watched the final round of the Masters and been impressed that Garcia had persevered to the victory. But then he went on: “This notion that we’re really not competing against each other. We’re really just playing golf and it’s really competing against the course. Nonsense.”

“I damn near told them to get a room,” he said. “It was ridiculous, how they were with one another…I want to see you rooting for the other to fail because you want to win…We want to get the impression that losing hurts you.”