The last stateside tune-up before the final major of the season, The Open Championship at Royal Portursh, finished on Sunday in Silvis, Ill. Here’s what you missed in the final round of the John Deere Classic.

How it happened: Andrew Landry and Cameron Tringale shared the 54-hole lead, but Tringale played the front nine on Sunday in two over and fell off the pace, while Landry turned in one under and was two behind co-leaders Russell Henley and Dylan Frittelli. Henley teed off much earlier and blitzed the course for a bogeyless 10-under 61 to take the clubhouse lead at 19 under, which stood until Frittelli caught him. The 29-year-old South African was four under on the front nine on Sunday and made back-to-back birdies on 10 and 11 to leap Henley and lead by one. He increased his lead to two with a birdie on the par-5 17th. Henley finished alone in 2nd, two back at 19 under.

Why it matters: It’s the first career PGA Tour victory for the 133rd-ranked Frittelli and the third straight first-time winner on Tour. He won twice on the European Tour in 2017 but got his first in his 34th try on the PGA Tour on Sunday. This also gives Frittelli a last-minute spot in The Open field. 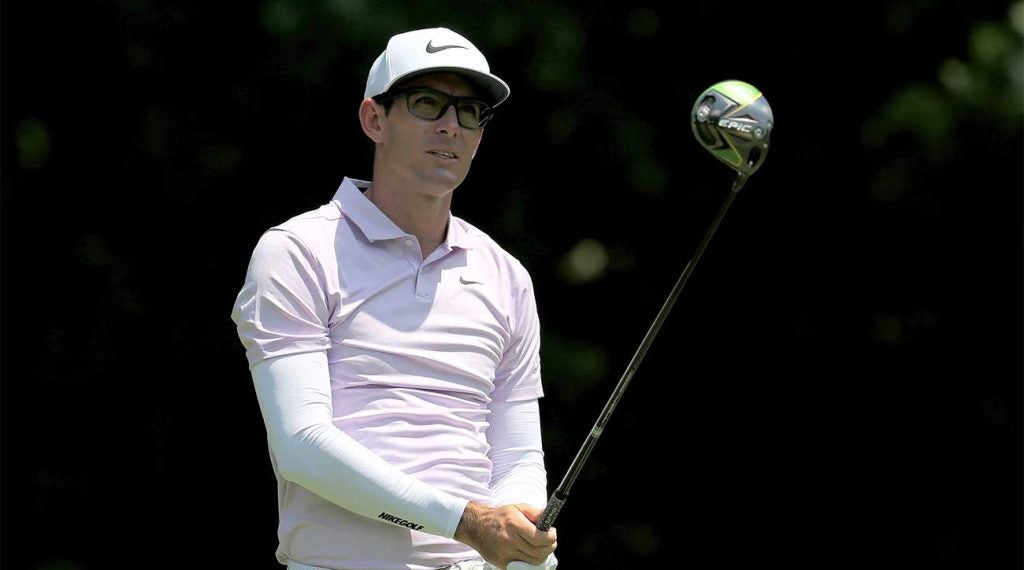 Dylan Frittelli watches a tee shot during the final round of the John Deere Classic on Sunday.
Getty Images

Card him: Collin Morikawa needed a top-15 finish at the John Deere to secure enough FedEx Cup points to earn his PGA Tour card for next season, and his five-under 66 ensured that. He tied for 3rd, which comes a week after he tied for second at the 3M Open in Minnesota (which gave him special temporary status on Tour). In his five PGA Tour starts since turning pro, the 22-year-old hasn’t missed a cut and has two top 10s. “From Day 1 I’ve come out here trying to win,” Morikawa said. “In college I played to win and that’s what I want to do out here, and the last couple of weeks I gave myself a chance.”

Best round: Henley’s 61 was the lowest round of his career and the week. He was four under on the front and six under on the back, making 10 birdies and eight pars on the day.

Up next: We head across the Atlantic to Portrush, Northern Ireland, for the British Open (the final major of the season) at Royal Portrush. Rory McIlroy (8/1) and Brooks Koepka (10/1) are the current betting favorites. Tiger Woods’ odds to win are 16/1.