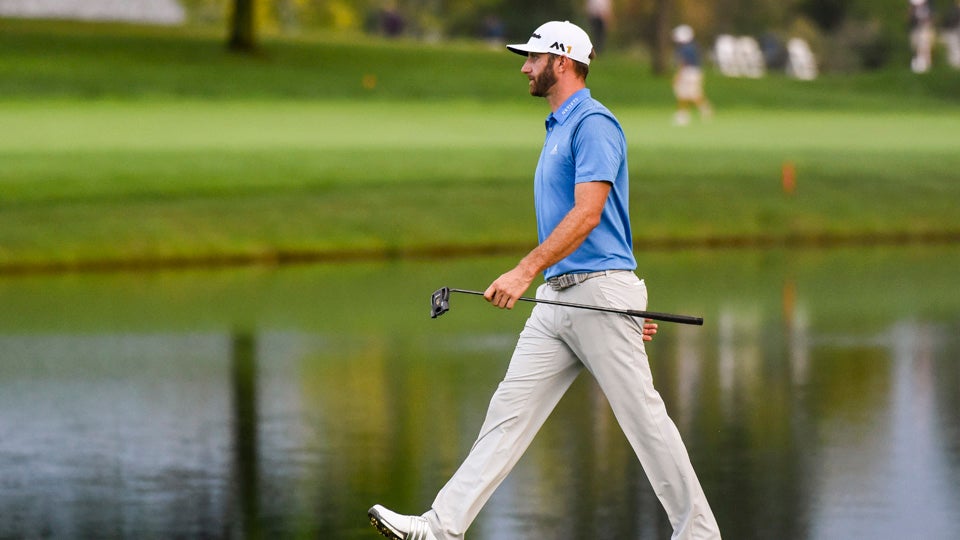 Dustin Johnson walks with his new TaylorMade Spider Limited putter on the 18th hole fairway during the first round of the BMW Championship at Crooked Stick Golf Club.
Keyur Khamar

Dustin Johnson swapped putters for the last four holes of his pro-am round at the BMW Championship on Wednesday. After Thursday’s play, he found himself leading the field in strokes gained putting.

Johnson, who finished two shots off leader Roberto Castro before play was suspended, was unhappy with his TaylorMade Ghost Tour Dayton 62 putter Wednesday. He opted to try out the TaylorMade Spider Limited mallet similar to Jason Day’s.

Johnson explained that he had experimented with a mallet putter before but couldn’t recall the last time he had used one in competition. The new flatstick arrived by special request at Crooked Stick late Wednesday afternoon. “I messed around with it before, but, no, just I felt like last week and past few weeks I’ve just been struggling to get the putter on line, like the line that I was seeing,” Johnson said. “And so yeah, [TaylorMade Tour rep Shawn Mullin] sent me one of those and I started rolling it and it felt pretty good. So I putted with it like the last four holes yesterday, because I didn’t get it until like late in the round.”

It seems to have worked. After round one, Johnson led the field in strokes gained putting at +3.974, a vast improvement from last week where he finished T-41 in that category.

“The practice with it this morning was really good, so I kept it going and it rolled really nicely today,” said Johnson. “So, I know it works, so if I miss putts, it’s not the putter, it’s me.”

Editor’s note: An earlier version of this story stated that Johnson switched out his putter on Thursday when, in fact, the switch happened on Wednesday. We regret the error.