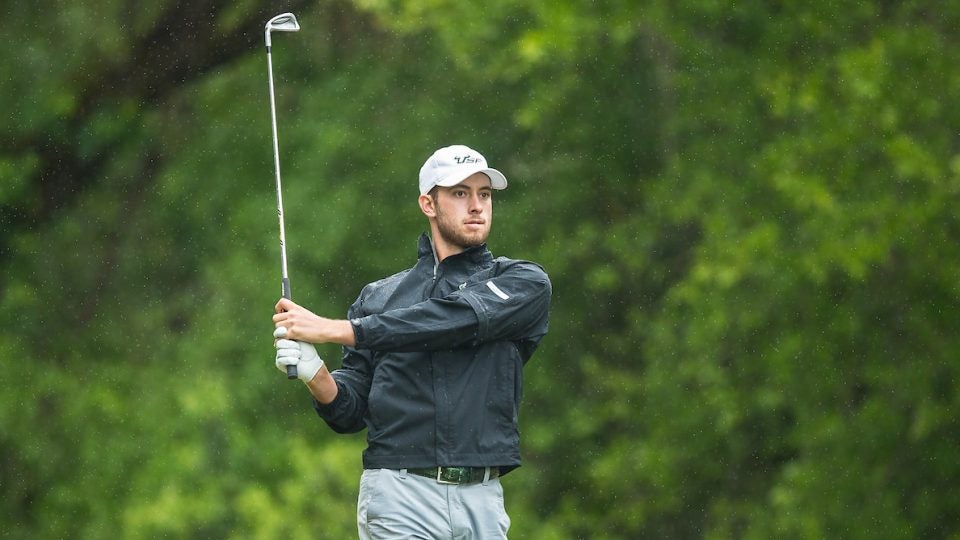 Because neither he nor the player he’d tied with for the final qualifying spot were present at Orange Tree Golf Club, officials flipped a coin to decide who would advance to U.S. Open sectionals. DiMarco lost the coin toss and became the first alternate. The place went to Luis Gagne.

DiMarco is a senior at the University of South Florida. He is currently ranked 253rd in the men’s World Amateur Golf Ranking. Last year he won the Florida Amateur by four shots.

According to LPGA player Christina Kim, who was at the course when the incident occurred (she’s an Orange Tree member), DiMarco was not pleased when he found out what had happened.

“The one that lost the coin toss actually called the pro shop when I walked in and did not enjoy the results when given to him,” she wrote on Twitter. “I can assure he will never bolt early again.”

The USGA told Golf Digest that the coin toss is proper procedure for determining a tie for the last qualifying spot and that the Florida State Golf Association had acted appropriately. The USGA also engaged in some chastising of both players for making the coin toss necessary: “It is unfortunate that the players did not remain on property to determine the last qualifying spot through their play.”

Well that’s a first.. local USO qualifier at my course today, 2 guys tied for last spot into sectionals. They BOTH left, so a coin was tossed to determine who got the spot and who is the first alternate. Bizarre. Apparently this is the correct move.

Heading into the spring opener, find out which clubs and unique training methods Cristian DiMarco uses by checking out our first What’s In the Bag? episode. pic.twitter.com/ROnizIoihZ