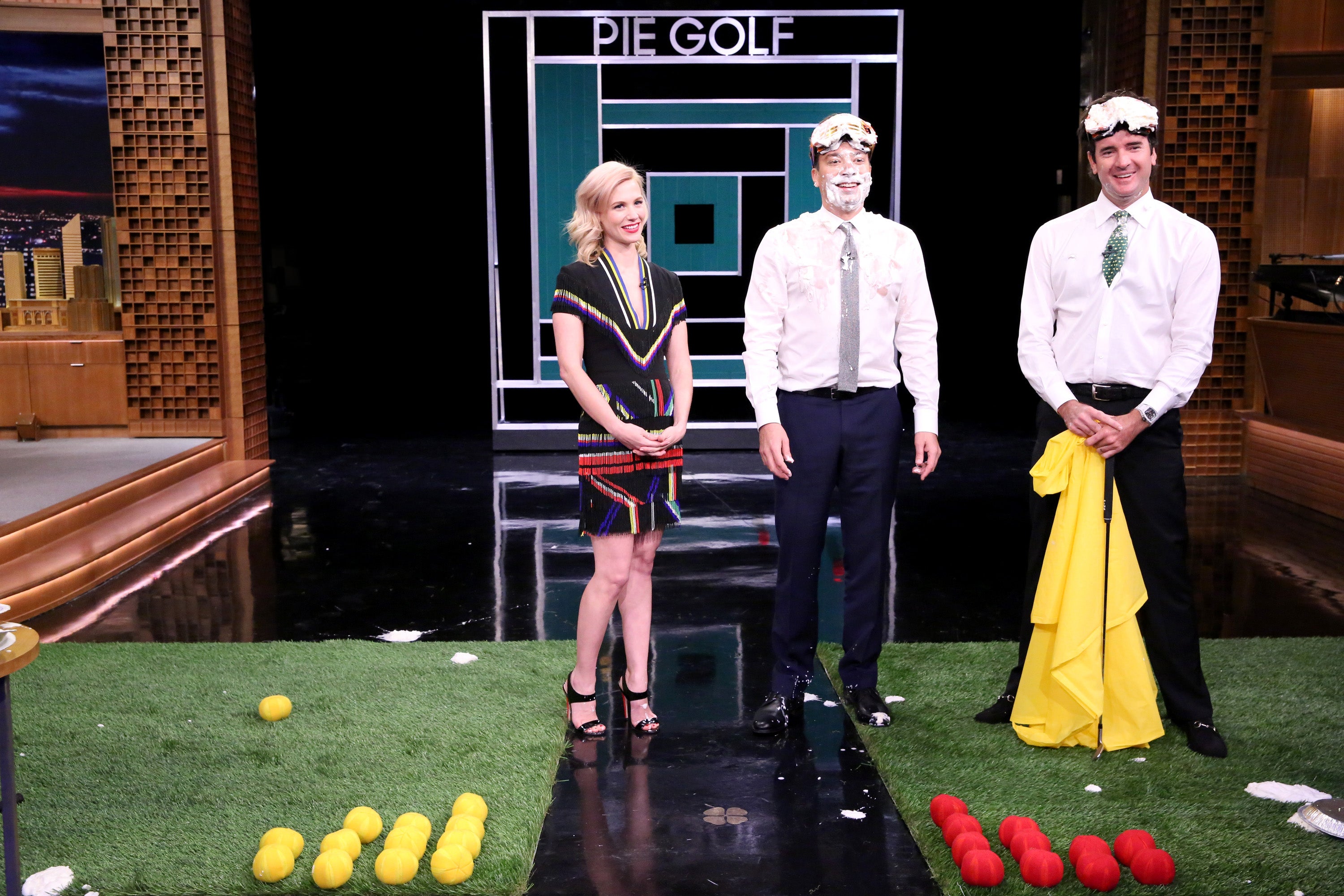 We learned last week that Bubba Watson loved burritos, but we had no idea he had such an affinity for pies.

The defending Masters champion visited The Tonight Show Starring Jimmy Fallon on Monday, as part of a media junket promoting the Drive, Chip and Putt Championship ahead of the Masters at Augusta National on April 9. He was joined onstage by actress January Jones of Mad Men, where he was challenged by Fallon to a pie golf chip-off.

Even though Fallon eventually gave him the win, Watson’s chips were no match for Fallon’s…and it’s a good thing he took off that green jacket. You can watch the full video below.

There were no hard feelings between the competitors following pie golf, as Fallon and Watson shared Watson’s favorite (you guessed it, burritos) while discussion the upcoming tournament.

World No. 3 Watson, who was passed in the rankings by Henrik Stenson after the Arnold Palmer Invitational last weekend, will seek to defend his second Masters title. He would become just the fourth golfer to win back-to-back green jackets and only the sixth to win three.

Behind the scenes, Watson shared a fond – and funny – memory of receiving his most recent green jacket, when his son Caleb took an opportune moment to relieve himself on the ceremonial green. 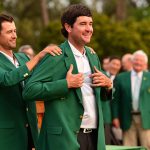 You may also like Bubba Watson: Rory McIlroy Is Under More Pressure This Masters