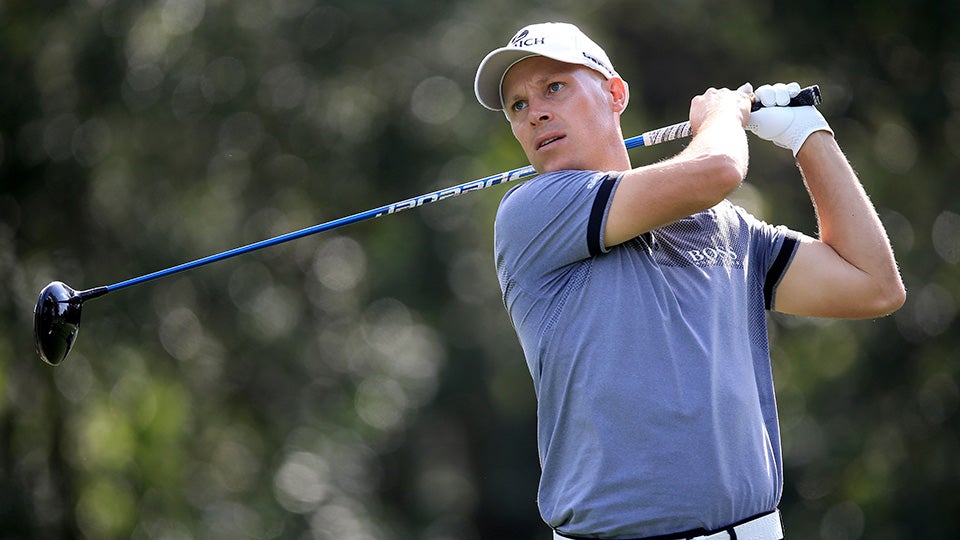 Ben Crane hits off the ninth tee during the first round of the 2016 Valspar Championship at Innisbrook Resort Copperhead Course.
Sam Greenwood

The ultimate prom-posal? Asking a PGA Tour pro to do it for you.

Eighteen-year-old Lehman, a member of the school’s golf team, volunteered this week at the RBC Heritage and attended Wednesday’s Christian Heritage Breakfast, where Crane was the speaker.  He approached the pro to get him in on the plan, and Crane was more than game — even suggesting he ask Handy something personal first before ‘popping the question.’

“Hey, Matt. Hey Kaera. How’s Clyde?” Crane asked as he walked off Harbour Town Golf Links’ practice tee on Thursday, straight towards the teens. Clyde is Handy’s dog. “So, will you go to the prom with Matt?”

Lehman wasn’t going to go the traditional route, saying he didn’t like ‘the whole prom sign’ thing. So, he floated the idea to Crane just an hour and a half before Crane’s tee time on Thursday, and stuck to a walking circuit of the bleachers, golfers’ entrance, driving range and 10th hole fences with his girlfriend in tow. Luckily for Lehman, Crane was all in.