#AskAlan: What are the best golf books ever written? 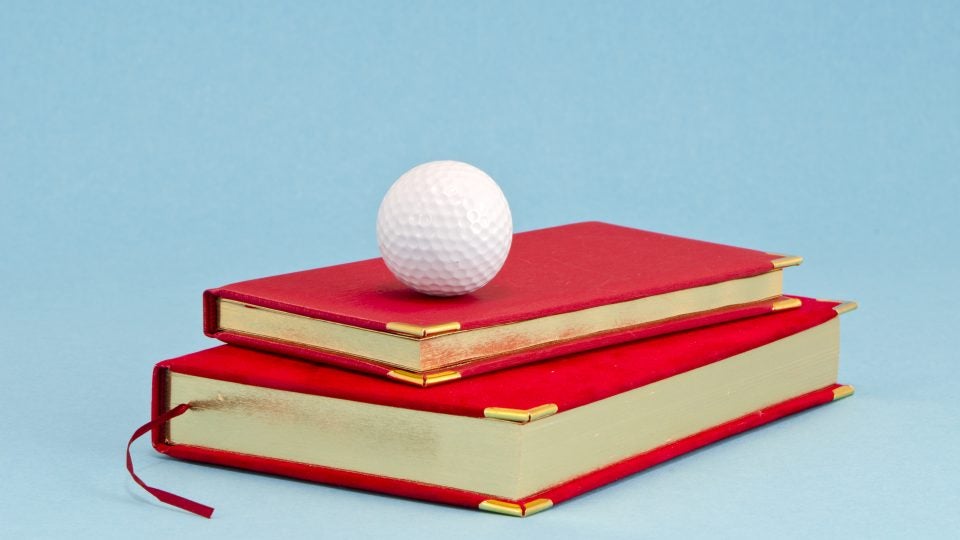 Alan Shipnuck has stocked the shelves of his personal library with books about golf and its personalities.
Getty Images

Thanks to the many readers who sent in questions. Personally, I’m enjoying this weekly repartee. In fact, I am thinking I might do a daily #AskAlan from the Masters, although that might kill me. Anyway…

Clearly, plopping the WGC-Mexico Championship in the middle of the Florida Swing was not helpful, nor was having the Match Play come hard on the heels of all the Florida events. As players are trying to peak for Augusta, they’re thinking about rest and practice time, too, and with two WGCs to schedule around, the lesser Florida events have taken a hit. And let’s face it, not having Arnold anymore has made it easier for some of top players to skip Bay Hill, though the overall strength of field this week is pretty good. At Chapultepec, a handful of players mentioned to me that they have registered their displeasure with the Tour and that going forward they expect the Mexico Championship to move to the week after Riviera, before the Tour hits Florida. That makes geographic sense and, more to the point, pushes it further away from the Match Play. But you still have to worry about the future of the Arnold Palmer Championship. Not many players love that course, and as we saw in Dallas, once Byron Nelson was gone, a lot of big names started skipping the event.

“If they played head to head tomorrow, who wins, Jack or Tiger?” –Jeff (@jeffvalois)

Brutal. But since Jack can still break 80, and I’m not sure Tiger can even get off his couch right now, I’m taking the Olden Bear.

“If you could change any Masters hole (gawd help us), which would it be? I’ll start with making #7 fun again.” –Chad (@KennyDaGambler)

Excellent choice. I’ll take 11. It used to be a great do-or-die hole, but now it’s mostly risk with very little reward, and so the golf it produces is defensive and boring, with most players bailing out right of the green. It’s basically a 30-yard par-2.5; a straightforward chip that players either get up-and-down or they don’t. The tees should be pushed up considerably, so players have less lumber in their hands and might be inclined to play toward the flag. And the trees down the right side must be thinned-out dramatically. It used to be thrilling to stand on that rope-line and watch guys try to thread recovery shots to the green. Now the Hootie-fied forest is so think there is rarely an avenue of escape.

“Which is the statistic that is really indicative of success at The Masters?” -Cam (@ThatsCameron)

Among the many irritating things about Augusta National is that, for all the money those cats are sitting on, they won’t invest in ShotLink stats for the Masters. So we’re left with cruder tools. Obviously three-putt avoidance is crucial and so is scrambling but traditionally the champ is near the top of the greens in regulation stats. Augusta National is the quintessential second shot golf course, and having your iron game dialed-in is an absolute must.

Oh, you flatter me. I’m writing this from an airplane, so I’m not in my office where I have two bookcases sagging with my favorite golf reads, so doubtless I’ll forget a couple of obscure favorites. These are the books that immediately popped into my head:

Down the Fairway, by Bobby Jones. He was such a graceful writer and this memoir is a guided tour through some of the greatest golf ever played and the brutal toll it took on the author.

Men In Green, by Michael Bamberger. A delightful jaunt around the golf world as Bamby visits the game’s most compelling personalities.

The Bogey Man, by George Plimpton. Every other attempt at participatory journalism pales next to this one, and it’s an intimate look at the bygone Tour.

To the Linksland, by Michael Bamberger. The first half of the book is an inside-the-ropes account of life on the Euro tour when it was populated by larger-than-life characters; the second half is the ultimate love letter to Scottish golf.

The Big Miss, by Hank Haney and Jaime Diaz. The best thing that’s ever been written about Tiger Woods.

His Father’s Son, by Tom Callahan. The second best things that’s ever been written about Tiger. No one was closer to Earl than the author, and there is tons of insight here.

Dead Solid Perfect, by Dan Jenkins. A little dated but still laugh-out-lound funny in many places.

The Dogged Victims of Inexorable Fate, by Dan Jenkins. There are numerous anthologies of Jenkins’s work, but this is the best, capturing his incredible versatility and the game’s golden era.

The Golf Omnibus, by P.G. Wodehouse. The ultimate satirist poking fun at the most absurd of pastimes.

The Confidential Guide, by Tom Doak. The most insightful batch of bitchy course reviews ever put on paper.

Ancestral Links, by John Garrity. There is no more graceful voice than Garrity’s, and this is an evocative ode the game, its roots and his.

The Match, by Mark Frost. A story so good you couldn’t make it up, even if Frost did in a few places.

Who’s Your Caddy, by Rick Reilly. Inside the ropes with many of the game’s biggest names, providing endless material for Reilly’s witticisms.

Around the World in 18 Holes, by Dave Kindred and Tom Callahan. I love golf travelogues and these two acerbic tour guides make it all the more fun.

Slaying the Tiger, by Shane Ryan. There has been a strange dearth of Tour-centric books in recent years, but Ryan ably filled the void with strong reporting and keep observations.

Golf Dreams, by John Updike. Enjoyable musings by a giant of American letters; worth buying just for the classic tale “Farrell’s Caddie.”

Uneven Lies: The Heroic Story of African-Americans in Golf, by Pete McDaniel. An essential telling, filled with passion and detail.

Train, by Pete Dexter. A gritty, gripping novel in which a key protagonist is a mysterious caddie with an awesome gift.

Every Shot Counts, by Mark Broadie. The author has led the statistical revolution that has transformed how we watch, and think about, golf.

Alister MacKenzie’s Cypress Point Club, by Geoff Shackelford. Worth it just for the gorgeous black-and-white photos, but Shack does a great job bringing the good Dr. to life, along with his ultimate creation.

A Good Walk Spoiled, by John Feinstein. A detailed, intimate look at the Tour in the days just before Tiger.

I’m not sure if this is a serious question, but it’s not a bad idea. Rick Rielly, the head pro at Wilshire Country Club, was a superb amateur player but in middle-age, after tearing up his shoulder, he switched from right-handed to left-handed. He’s now about a 10 handicap and loving the constant improvement. Around the turn of the century I was in Little Rock, Ark., at the golf hideaway of David Lee, the quirky founder of Gravity Golf. I was spending hours watching Gabrielle Reece sweat in the sun, hitting golf balls. (Tough gig, I know.) Some guy came in for a pre-scheduled lesson, saying he had spent decades trying to improve his 15-handicap. It was his first time working with Lee, who watched him make three swings and asked, “Do you do anything lefty?” He replied that he wrote left-handed but did all sports as a righty. Lee told him if he wanted to be a good player he would have to go lefty, which is how his body was wired. I’m not sure how he saw that but he did. On the spot, this dude, who was probably in his late 40s, agreed to try it. I’ve often wondered what became of him. The point is, when you’re as far gone as Barkley, anything is worth trying.

“I love all things golf, but suck at the game. Would I be happier if I sold my clubs? #golflovelife” –Alex (@alwilly13)

When people ask me if they should take up golf I suggest heroin instead – it’s cheaper and less addictive. But don’t sell your clubs. How about a few lessons? It never ceases to amaze me that golfers will spend $400 on a new driver but keep using the same crappy swing. Invest a little time and money in getting some real help and a few new swing thoughts. Or perhaps you should go left-handed?