#AskAlan: Recapping the PGA, and will Spieth have a new Ryder Cup partner?

Quite a memorable PGA Championship. Let’s cut to the chase…

“Does Jordan break up with Patrick for future team events and begin playing with JT? #AskAlan” – @JeremyBenson75

Sunday evening I was standing outside the Quail Hollow clubhouse chatting with Kessler Kairan, Patrick Reed’s caddie, when Spieth, Rickie Fowler, and their significant others blew in to watch the finish in person. Spieth gave Kairan a soul handshake and asked,”Have you figured out what this means for the Presidents Cup?” He was talking about the points Reed earned for his tie for second and the ongoing points race to make the team. Kairan demurred, and as Spieth was walking away he shouted,”Okay, keep it going – I need my partner!” So it’s pretty clear his heart remains with Reed. But that doesn’t mean future captains won’t occasionally mix things up, and a Spieth-Thomas pairing would be way too fun.

“If I put the over/under on majors won by JT in his career at 2.5, which do you take?” #AskAlan – @EthanZimman

Three major is very rarified air – that’s basically automatic entry into the Hall of Fame, and in the last 20 years the only players to win three or more are Tiger Woods, Phil Mickelson, Rory McIlroy, Ernie Els, Vijay Singh, Jordan Spieth and Padraig Harrington. I expect Thomas, 24, will win another one. That makes two and allows me to take the under.

“What in the world happened to the thirtysomething golfers (Scott, Stenson, Rose, etc.) this year? Have they gotten phased out?” – Barrett (@barry_litzk)

Stenson is actually 41, but point taken. Their struggles are idiosyncratic but speak to a larger trend: golfers today are going to peak younger and burn out faster. Take a guy like Tom Watson: he has said he didn’t really learn how to play until after he arrived on Tour, and he didn’t get his first win until he was nearly 25. He peaked in his early- to mid-30s, as most players did. Nowadays, with the AJGA and IMG Academy and Trackman and personal trainers and the Web.com and various other factors, kids arrive on the PGA Tour ready to dominate. The depth of young talent is such that a very accomplished golfer like Rickie Fowler, at 28, is viewed as having fallen way behind. But with all of the putting coaches and trainers and osteopaths and psychologists and stats experts and myriad corporate commitments the work week is much longer now, and in this era of social media the scrutiny never abates. You’d better win young, because after a decade of this a lot of guys are going to be worn out.

The Tiger money also helps explain the malaise of the accomplished golfers in their mid-30s. These guys are financially secure in a way previous generations of Tour pros could never imagine. If you have one U.S. Open or Masters or British Open victory and a wife and a house full of young kids, well, maybe grinding as hard as those hyper-motivated (and single) twentysomethings isn’t as appealing. That’s human nature. The interesting question is how far today’s young superstars will go. Traditionally, players win all of the majors in a compressed time frame: Hogan took his 9 majors in seven years, Watson 8 in 8, Palmer 7 in 6. Tiger stretched his span to 11 years, Mickelson and Faldo to nine. Does that mean a guy like Spieth, who won his first at age 21, will be done winning majors at 28 or 29? Rory McIlroy, 28, is already six years removed from his breakthrough – is his window already closing? Time will tell.

“What is the best course the PGA Championship has ever been played on? Do the players see the PGA as a “lesser” major? #AskAlan” — Vinicius (@viniciusalvarez)

Pebble Beach Golf Links in 1977, won by Lanny Wadkins. That no one really remembers this is part of the PGA’s identity crisis: even when they go to classic oldies like Pebble or Baltusrol or Winged Foot these tracks are still thought of as U.S. Open courses. I think the PGA is better off establishing itself at fresh venues – Whistling Straits has worked out well, Kiawah is a good addition to the rotation, and Quail Hollow could be, too. Why not get more daring and go to Pacific Dunes? Or Sand Hills? The more outside-the-box, the better. And that will help the tournament forge a more distinct identity.

If you asked 100 players which major they want to win, probably 60 would say the Masters and the rest would be split between each Open. I’m not sure the PGA would get one vote. But it does have emotional resonance because all of these guys have strong connections to PGA teaching pros, and in the case of Davis Love and Justin Thomas and others, some of these pros are blood relatives. 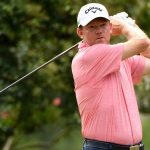 You may also like A PGA champion and columnist lock horns over a harsh critique, then learn from it

“You have to pick one round between Chicago GC, National Golf Links or Cypress Point… where do you go?” – Geoffrey (@grindstone)

Since I’ve played the latter two I ‘spose I would pick Chicago, even though I much prefer playing by the sea. First-world problem in the extreme, I know.

“Is it an example of ‘irony’ that Kuchar backdoored another top ten in Charlotte?” -Todd (@tamcfall)

“How will Louis Oosthuizen eventually be remembered? Great resume in the majors but little other success on the PGA Tour. Any historic comparisons? #AskAlan” – Brent (@brdmarti)

Any player who wins an Open on the Old Course will be remembered as a supreme talent. If not for Bubba Watson’s semi-miracle out of the trees in their playoff at the 2012 Masters, King Louis would’ve joined Woods, Nicklaus, Snead, Seve, Faldo and Zach Johnson (!) as the only guys to conquer St. Andrews and Augusta. And let’s not forget his back-nine 29 to nearly steal the 2015 U.S. Open. As extravagantly talented as Oosthuizen is, the lack of actual victories is mystifying. The common diagnosis is he doesn’t have the passion/obsessiveness to grind through everyday tournaments but the majors inspire him. In this regard the best comparison has to be El Pato, Angel Cabrera. To win at both Oakmont and Augusta National, as Cabrera has, takes a rare genius.

I said as much last fall, and think how much the landscape has changed since then. Dustin Johnson has reached number one – oh by the way, you forgot to mention him – Spieth has returned to alpha male status and Thomas and Koepka have turned potential into landscape-altering victories. Waiting in the wings is Daniel Berger, too. Among the top young guns who were supposed to form the Euro’s core, McIlroy and Thomas Pieters have regressed and Danny Willett has cratered. No doubt Jon Rahm will be a strong addition, but you can’t expect too much from a rookie who will be 23 at the next Cup. So, I expect the U.S. to dominate for the next decade. But this is the Ryder Cup we’re talking about – funny things happen.

“Any chance Phil begs Bones to get back on the bag?” – @bmorlill

How delicious is it to be Bones right now? He’s got a cushy TV gig and his value to Phil has never been more obvious. Either his old boss will come crawling back, begging for forgiveness – which I think is unlikely – or they’ll remain apart and Mickelson will continue to wind down his career, never quite jelling with whomever is on the bag. Either way, Bones’s legend is secure.