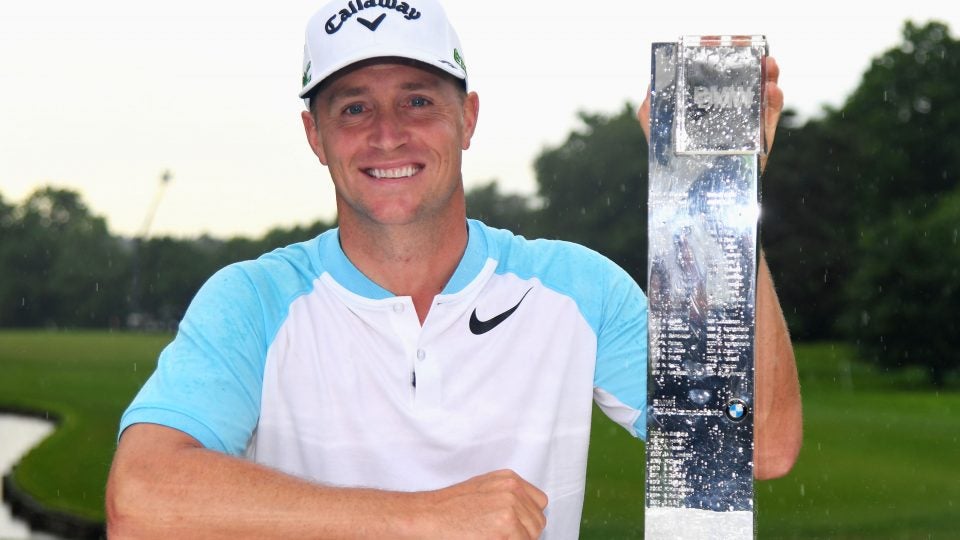 VIRGINIA WATER, ENGLAND - MAY 28: Alex Noren of Sweden with the trophy after winning the BMW PGA Championship at Wentworth on May 28, 2017 in Virginia Water, England. (Photo by Ross Kinnaird/Getty Images)

VIRGINIA WATER, England (AP) — Swedish golfer Alex Noren rediscovered his sensational form of 2016 in shooting a 10-under 62 to win the BMW PGA Championship at Wentworth on Sunday.

Starting the day seven shots off the lead, the 13th-ranked Noren made six birdies before rolling in an eagle putt from 6 feet on No. 18 to complete what he described as “probably the best round of my life.”

It set the clubhouse target of 11-under 277 and Noren had to wait more than two hours to see if his lead would hold in the European Tour’s signature event. No one got within a shot.

It was Noren’s ninth win on the European Tour, four of which came in a 10-event stretch from July to November last year.

Alex Noren’s winning final round 62 in under three minutes pic.twitter.com/W70LUqY9BT