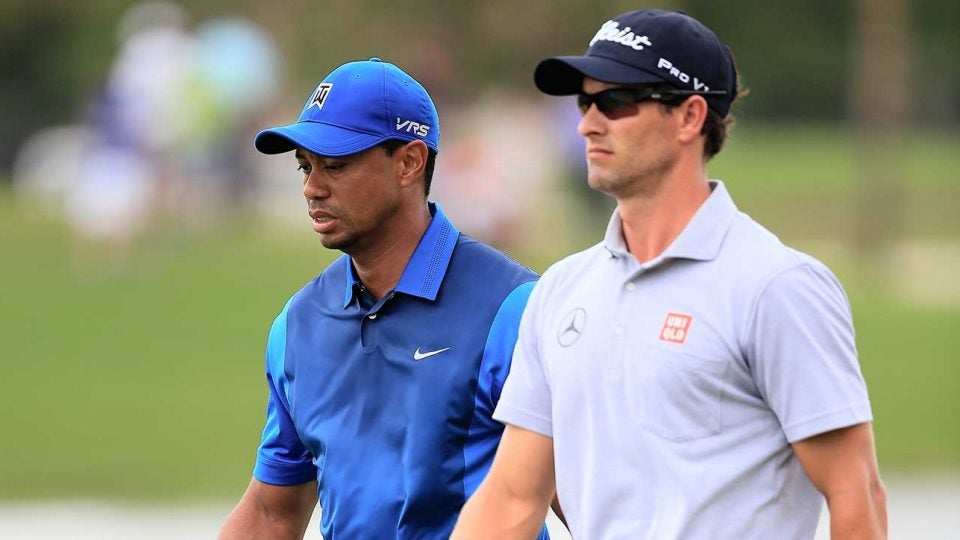 Tiger Woods and Adam Scott walk down the fairway at the 2014 WGC-Cadillac Championship.
Getty Images

Tiger Woods will undoubtably be the biggest star at this month’s Presidents Cup, but one of the International team’s top players is telling the home crowd not to encourage Woods, or the rest of the U.S. team, for that matter.

In an interview with the Herald Sun, Australian Adam Scott reiterated the importance of a home game. This year’s event is at Royal Melbourne in Melbourne, Australia, and it’s the first time the Presidents Cup has been played in Australia since 2011, which was also at Royal Melbourne. Scott, now 39, was also on that team, which lost to Fred Couples’ U.S. squad (which included Woods) 19-15.

“Last time it was too friendly,” Scott told the Herald Sun. “Quite bluntly, we want the home-crowd advantage, and I’ll be disappointed if they are cheering enthusiastically for Tiger or anyone on the U.S. team.”

Travel
I wish I’d designed that: Four top architects on golf holes that are too good to be true

The International team will again be the underdogs this year. The U.S. has won 10 of the 12 matchups since the first in 1994. This will be Scott’s ninth Presidents Cup. He made his debut when the teams tied 17-17 in 2003, but he’s been on the losing side ever since.

This year won’t be any easier. One of captain Ernie Els’ top players, Australian Jason Day, recently had to withdraw with back issues, and the team now consists of seven rookies. So will the fans help the home squad? We’ll have to wait and see.

“I’m not saying be a poor sport, but one challenge our team has always had is gaining a home-soil advantage because it’s rare that stars like Tiger and DJ (Dustin Johnson) come to Australia or Korea where we play these things, and the locals are excited to see them as much as anyone on our team,” Scott said. “But while we appreciate them very much, we don’t have to cheer for them.”