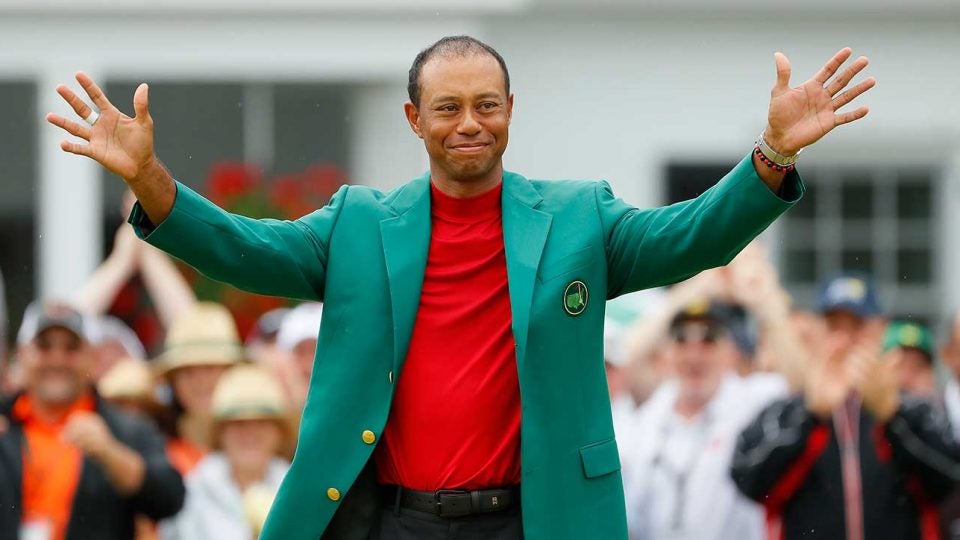 Did I probably include too many shots from Tiger’s 2019 Masters final round? Sure, but so what? Tiger friggin’ Woods won the 2019 Masters. It was a historic moment in golf, so let’s go back and relive it all.

Unspectacular on the face of it, but this bullet-fade 3-wood set the tone for the day, especially considering Tiger’s previous struggles on pressure-packed first tee shots.

After a terrible drive, all sorts could have gone wrong here. But instead, a roping hook from Tiger put him back in the middle of the fairway.

A great lag putt here after an iffy third shot meant he walked away with a par on a hole he should have probably bogeyed.

First birdie of the day. Gotta include this one.

Stuffs it into the difficult seventh. Butter cut.

Probably less difficult than it looks, but sets up a nice up-and-down for back-to-back birdies.

All time good putt here from a spot that’s almost a guaranteed three-putt.

Shot of the day? Don’t go that far. But a brilliant, low, roping draw that erased a potentially round-killing tee shot.

My colleague Josh Berhow is going to get mad at me for including too many shots, but considering how many of his competitors made a mess of this hole earlier in the day, Tiger’s iron into the heart of the green here was a veteran move.

Absolutely hammers a hard cut down the right side of the 15th fairway, giving up a perfect look at the left pin which helps set up birdie.

This, right here, was the moment I actually believed Tiger Woods would win the 2019 Masters.

I’m sorry, Josh, but I’m including this one. I think drives like this are important. A lot could’ve gone wrong here, but instead Tiger stripes his trusty fade down the middle.