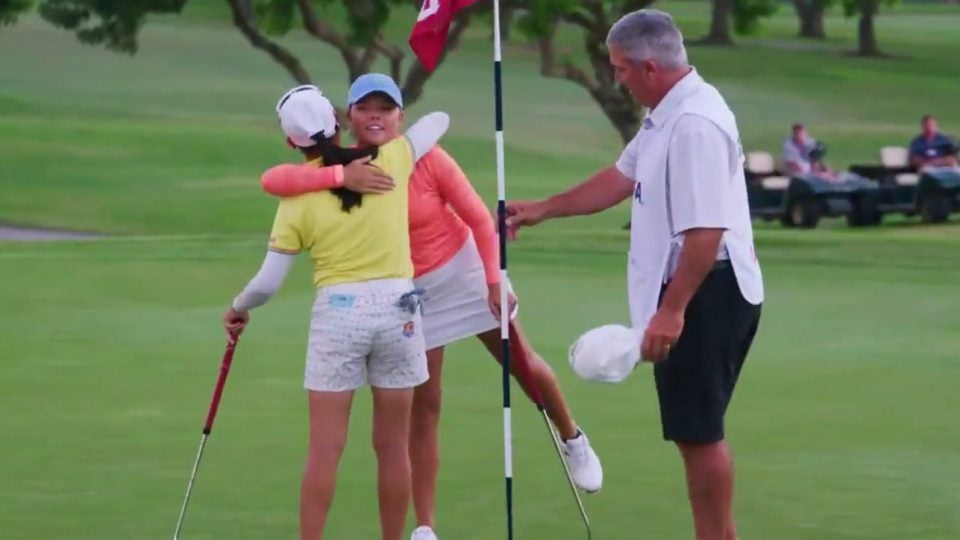 Chia Yen Wu after winning her match at the U.S. Women's Amateur on the 30th hole.
@USGA

CHULA VISTA, California (AP) — Chia Yen Wu advanced to the semifinals of the U.S. Women’s Amateur after rolling in a par putt on the 12th playoff hole to win the longest 18-hole match in USGA history on Friday night.

The 13-year-old Wu made the putt after Lauren Stephenson’s putt lipped out. It was their fourth time playing the 407-yard 18th hole at the San Diego Country Club.

Wu’s 69-foot birdie putt on the 26th hole highlighted the match. She will face Texas senior Sophia Schubert, a 3-and-1 winner over Mexico’s Isabella Fierro.

Two of the top five players in the women’s world amateur rankings will square off in the other semifinal as No. 3 Albane Valenzuela and fifth-ranked Lilia Kha-Tu Vu each won their matches 4 and 3.

UCLA’s Vu had pars on 13 of 15 holes to beat 14-year-old Lucy Li. The match between Valenzuela and Robynn Ree was all square through eight holes but Valenzuela made five straight pars for a 2-up lead and birdied No. 14.

Sights and sounds from a historic day @SdccClub, culminating in the longest match in USGA championship history. #USWomensAm  pic.twitter.com/5AhHdeTvJW