Tournament of Champions Could Feature Both PGA and LPGA Tour Winners 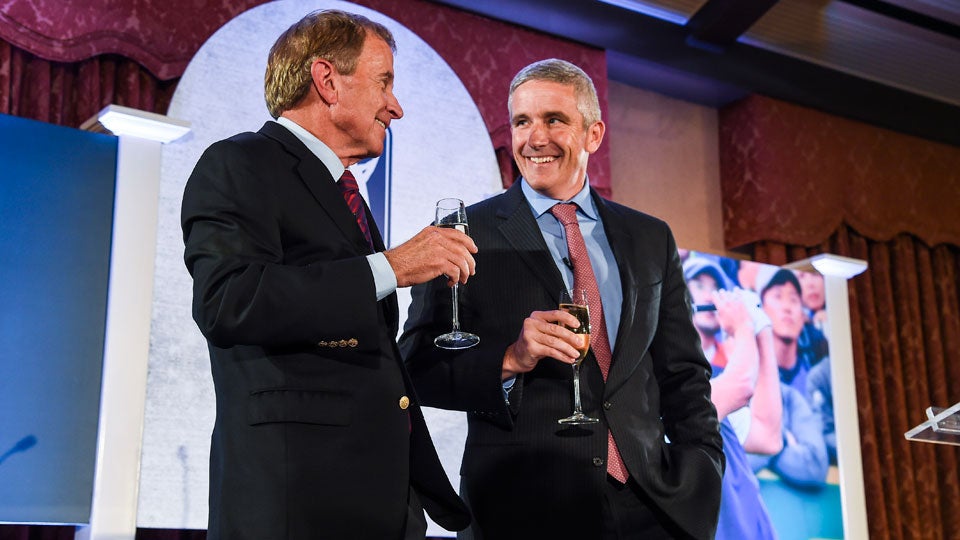 The field at the Tournament of Champions could be expanding.

In an interview with Golf Channel, new PGA Tour commissioner Jay Monahan said the Tournament of Champions may feature champions from the PGA Tour and LPGA Tour in the future.

“You could see men and women here at the Tournament of Champions,” Monahan said. “That is something we are thinking about and talking to Mike (Whan) and the LPGA about. We would like to see that happen. We have some interest from sponsors.”

The Tournament of Champions is held in the first week of January and is restricted to any PGA Tour player who won an event in the previous season. In 2016, the tours announced a strategic partnership that outlined the possibility of  “interfacing our digital business, our broadcast rights, collaborating in tapping the global marketplace.”

“We are spending more time talking about how do we drive more people to the game, both men and women, girls and boys,” Monahan said. “Can we potentially get men and women into the same field of play? Again, another thing that no other sport can do, and then looking at media. Are there some shared efficiencies with how we present our tours to the world at large?”