Tour Confidential: Who Will Win the PGA Championship? 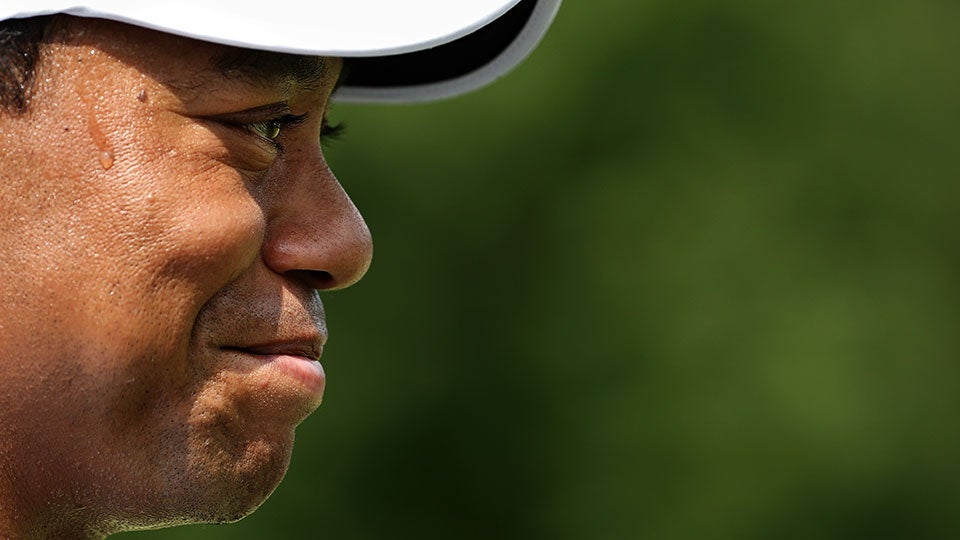 1. The PGA could be Tiger’s last tourney of the season. Where is his game now?

Alan Shipnuck, senior writer, Sports Illustrated (@AlanShipnuck): I feel the same way about Tiger as I do the upcoming Star Wars movie – I’m trying hard to be excited, but my heart’s not in it.

Gary Van Sickle, senior writer, Sports Illustrated (@GaryVanSickle): Use The Force, Alan. I’m biased since I’ve already written a column saying Tiger turned a corner at the Quicken Loans National. I believe he’s on the upswing. I was impressed with his short game, putting and iron play. He can definitely get into contention if he shores up his consistency—something we haven’t seen in two years.

SHIPNUCK: But all that said, Vans, he bogeyed three of his first four holes, giving himself a big hill to climb, and on Saturday blew himself out of the tourney playing the first 13 holes in four over par. This is “total control?” Ugh!

John Garrity, contributor, Sports Illustrated (@JGarrity2): It’s more than a theory. Tiger blew my mind at the Masters by finishing 17th despite a months-long attack of the chipping yips. I figure anybody who can turn his short game around that fast is capable of turning three good rounds a week into four — especially if his name is Tiger Woods.

Michael Bamberger, senior writer, Sports Illustrated: The woods are filled with golfers who can play well for three days – including Tom Weiskopf, Greg Norman, Jim Furyk. Woods used to own Sundays because, in addition to all his physical gifts, he had, by 10 miles, the game’s best head. Now, it is painfully obvious, his cluttered mind is his greatest liability.

GARRITY: On the other hand, I can’t get that image of him chunking an iron off the first tee of the Old Course out of my head. It’s hard to picture that Tiger winning again.

ANONYMOUS PRO: To me, Tiger remains lost in the wilderness, maybe just a little less lost. He improved his setup and posture a big but I think he just managed to find a swing Band-Aid that stayed on for two days and then came off, not any permanent progress.

BAMBERGER: I believe Tiger will win on Tour again. Someday. Even at St. Andrews, he made some beautiful, this-is-Tiger swings, and he did so again at his weak-field, easy-course event. I don’t expect him to do more than make the cut at Whistling Straits, but I think he’ll figure it out how to win events again sometime in the next five years.

2. What do you think of Whistling Straits as a resort course and as a major championship venue?

VAN SICKLE: This is Pete Dye’s masterpiece. He practically finger-painted every dune and bunker on what had been a piece of flat farmland. The lake views give it a special feel, but while it looks like links golf and quacks like links golf, it’s thinly disguised modern target golf. And it’s hard to overlook the front-nine par 5 that looks like it just dropped in from Florida–it doesn’t fit the course at all.

SHIPNUCK: Well, it looks amazing on TV, and that’s what counts the most, I s’pose. It’s a nightmare for fans on-site and 50 miles from anywhere, but, again, none of that matters on TV. I did have fun playing it, even though it was way too penal for an average golfer. But I wasn’t on TV.

BAMBERGER: It’s certainly not ugly. That’s why Whistling is such a hit on TV – dunes, water, beach grasses waving in the breeze. What more could a fellow want? Don’t answer that, Alan. Whether it is actually a good course or not is another question. For whom? It looks unplayable for me. It’s great for them.

ANONYMOUS PRO: I don’t think many players think it’s great, regardless of what they might tell you guys. Pete Dye has always been the king of over-the-top course design. If I was a member at a course he built, I might give up golf. His courses are visually exciting but usually don’t reward good shots and therefore aren’t much fun.

VAN SICKLE: It’s a golfing experience, no doubt about it. But if you designed a golf course well, would you need a thousand bunkers? I don’t think so.

GARRITY: Actually, I’d rather be anchored in any of those thousand sand pits than trying to keep my balance on one of those slippery dunes. Pete must have sprayed them with Teflon. But you’re right, it’s faux links, more like Pebble Beach than anything you see in the British Isles. It’s really scenic, and I imagine it would be fun to play, if only to smack a few along the cliffs. As a made-for-TV championship venue, it really works.

BAMBERGER: Smart use of the word “anchored,” John. I feel like I’m out to sea just walking on the course. Note to ourselves: This is the last major with anchored putting. Play hard, Adam Scott.

VAN SICKLE: It’s interesting that the Dustin Johnson bunker won’t be in play – it will be covered by a viewing grandstand for fans, according to former U.S. Open champ Graeme McDowell who played there last week. But that whole bunker drama shows you what a messed-up (but scenic) place it is.

SHIPNUCK: I bet Dustin will still manage to ground his club on the grandstand.

3. What would be the most compelling story at the PGA Championship?

GARRITY: The most compelling story has Dustin Johnson, tied for the lead on the 72nd hole, hitting his tee shot into a viewing grandstand covering the bunker where he grounded his club last time. Only this time he gets a free drop and knocks his ball two inches from the cup — only to lose again when he taps in without removing the flagstick and incurs another penalty.

ANONYMOUS PRO: Hasn’t he suffered enough? If DJ gets in position to pull off a victory again, I think most people would rather see him get it done at this point.

GARRITY: Agreed. Dustin Johnson with a chance to win on the final hole would be a real treat, though, no matter how it turns out.

BAMBERGER: It’s got to be Jordan Spieth, for sure. You can’t say too much about his year – he missed the Open playoff by a shot! He’s having a year that is already truly memorable–you don’t say that often – and if he wins the PGA it will be one of the top ten golf seasons ever.

SHIPNUCK: A Rickie Fowler win would solidify this transition into the post-Tiger era. It’s hard to imagine a more appealing neo-Big Three than Rickie, Rory and Jordan, but Fowler hasn’t yet earned his spot. A win at the Straits would do the trick.

BAMBERGER: I agree about Rickie. And it occurs to me that Rickie’s greatest attribute as a golfer/public personality is the one that is most-overlooked: his golf! It’s beautiful to watch. The decisiveness, the speed, the different shapes of his shots. He’s actually playing golf. Tiger should hang with him more.

VAN SICKLE: Rickie would be a good winner. But that would negate my efforts to weed out the orange golf shirts, a fashion cliché, from my closet.

ANONYMOUS PRO: There’s something about Phil Mickelson winning that is always more compelling than anyone but Tiger. Maybe because Phil never wins in an ordinary way. And not very often anymore.

VAN SICKLE: I agree. Tiger and Phil would be Captain Obvious’ first two choices. A Tiger win coming out of left field, an almost unimaginable thought these days, would reignite the Jack Countdown and birth a new edition of Tigermania that would probably have some “I Told You So” in it.

4. And the PGA Championship winner is…

VAN SICKLE: Whistling Straits is a breezy spot. It will be remarkable if it’s not blowing 20 mph or more a couple of days. A good wind player is anybody who hits it solid a lot and flights it lower. Bubba Watson is an obvious choice, but I’m going with Memorial champ David Lingmerth, who’s been loitering on leaderboards all year. He’s a plodder and that might work well in America’s Dairyland.

BAMBERGER: That’s so obvious, Gary. David Lingmerth – of course! But I thought we were supposed to think outside the bun here.

GARRITY: Justin Rose has had a fine season, but he’s been overshadowed by Spieth. He’s got a win, a bunch of top 10s, he tied Mickelson for second at the Masters, he tied for sixth at St. Andrews. I like Rose, no matter what the conditions.

BAMBERGER: King Louie. I’ve been riding with Louis Oosthuizen for a while now and he is getting closer and closer – or he had a good British Open, anyhow. He’s a wonderful wind player, and he has a swing that does not quit, or change on Sundays.

SHIPNUCK: OK, then I’ll take Bubba Watson. The Straits is a vast layout that accommodates a little wildness off the tee while rewarding all sorts of creativity. And Bubba should’ve won there in 2010.

The Tour Confidential roundtable continues Monday on our new weekly show hosted by Jessica Marksbury. Tweet her your questions @Jess_Marksbury.