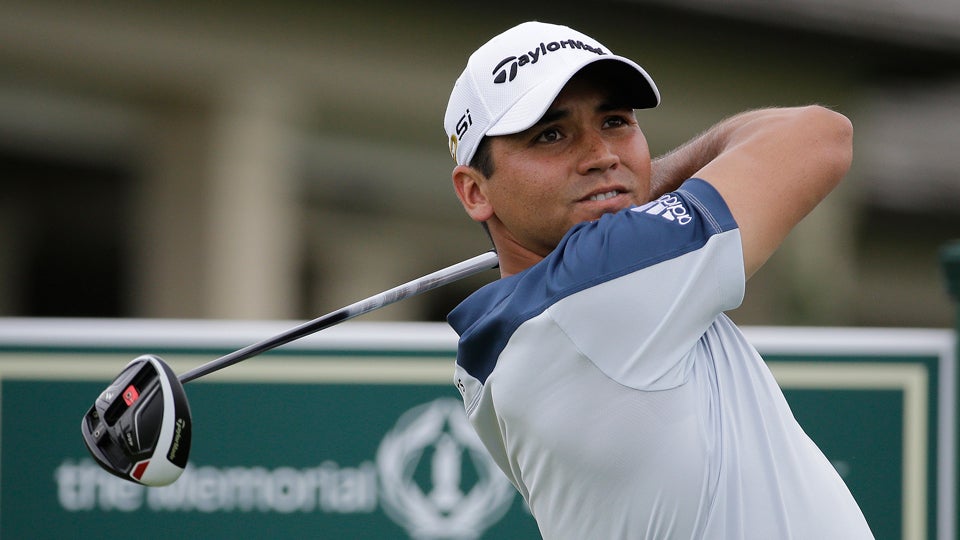 SI Golf Group convened a panel of experts—senior writers Michael Bamberger, Cameron Morfit, Alan Shipnuck and Gary Van Sickle, along with a tour pro who participated on the condition of anonymity—to tackle these questions and other hot topics

1.) Where does Oakmont rank among U.S. Open sites?

Alan Shipnuck, senior writer, Sports Illustrated (@AlanShipnuck): It’s the ultimate Open venue. It’s relentless from start to finish. It exposes all your weaknesses as a player and a human being.

Cameron Morfit, senior writer, GOLF Magazine (@CameronMorfit): I defer to the USGA’s Mike Davis, who calls it the “gold standard of U.S. Open courses.” It doesn’t necessarily favor one type of player. Granted, a lot of bombers have won there, from Jack Nicklaus to Ernie Els to Angel Cabrera, but you’ve also had near-miss guys who are shorter hitters such as Loren Roberts, who shot 64 and was in the playoff in ’94, and Jim Furyk, who almost won in ’07. It’s a total test.

Michael Bamberger, senior writer, Sports Illustrated: For the public watching on TV, it might be hard to tell Oakmont from Oak Hill or Oakland Hills or Baltusrol or Winged Foot or the other famous tracks up North, but when you’re there, Oakmont is just better than all of those courses. 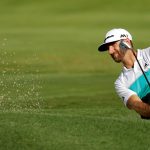 You may also like Will Dustin Johnson Realize His Major Potential at Oakmont?

Shipnuck: It’s not just the U.S. Open history of Oakmont that is incredible. Bobby Jones won the U.S. Amateur there. Plug in the PGA, you’ve got Gene Sarazen and Sam Snead as champions. The Women’s Open had a pair of great winners—Patty Sheehan and Paula Creamer. Except for Augusta National, there’s no place like it in America with this kind of history.

Anonymous Pro: Oakmont certainly has its place in history, but it’s so hard that I think it has underdelivered in the excitement category. Winged Foot has been brutally difficult as well, but the Hale Irwin survival test [in 1974], the Fuzzy Zoeller–Greg Norman duel [1984] and the Phil Mickelson “idiot” debacle [2006] make it the most memorable Open site. Maybe a stirring Sunday duel with Jason Day against Rory McIlroy or Jordan Spieth would fix that.

Morfit: I love how hard it is. In 2007, that was the first time we saw cracks in Tiger Woods. He had a chance to win and just didn’t get it done. That showed how tough Oakmont is.

Anonymous Pro: Oakmont has cleared so many trees that it’s difficult to get sight lines and aiming points from the tees. The church-pew bunkers on 3 and 4 are really cool and visually intimidating, but they won’t get much action with players laying up at 3 and favoring the right side at 4 for a chance to go for the green. You have to avoid the bunkers, and there are hundreds of them. Oakmont’s fairway bunkers are very shallow front to back, so the ball almost always comes to rest against a steep, deep face. Going for the green is usually impossible.

Anonymous Pro: Exactly. So is Oakmont hard? Yes. It’s brutally awesome. But is it fair? Ehhh….

Bamberger And the rough! That can be more than a one-shot penalty. I played Oakmont the other day. The rough is straight up and down; your ball settles so deep, there is no way to advance it much. If you took an unplayable lie and dropped from shoulder height, you would most likely face the same shot and at that rate, never finish. I’ll be shocked if the Friday-afternoon rounds aren’t six hours.

Shipnuck: It tells you how much respect Oakmont gets that they can play a par-3, the 8th hole, at 300 yards. Anywhere else players would bitch and be outraged. At Oakmont it’s accepted.

Van Sickle: We often bitch about Open courses being over the top, but at Oakmont we celebrate it.

Shipnuck: It’s different when the USGA loses control of one of its other Open courses. Oakmont is just a difficult test that is overwhelming. You can’t blame the course or the USGA; this is how Oakmont has been for a hundred years. You have to blame yourself when you crash and burn.

Morfit: And what other major course gets a pass for having an interstate that runs through it? I love that the Pennsylvania Turnpike splits the course.

Bamberger: It’s a noisy intrusion, but the members are like, What turnpike? Their message is, Oh, were you expecting a quaint little course with flowers and flavored water bottles on the tees? We don’t do that. We’re Oakmont. Man up. Play hard.

2.) What’s the big story going into this Open?

Anonymous Pro: It’s got to be the rise of the Big Three. They are all the rage again.

Van Sickle: Golf just went from “Yeah, whatever,” to “Holy crap!” as Jason Day, Rory McIlroy and Jordan Spieth won in consecutive weeks. What a turnaround.

Shipnuck: It’s not just that they won, it’s that each won his fifth major. For Day it was a big deal to win on a finesse course like Sawgrass. For Rory the tournament he most wants to win outside the majors is the Irish Open. And Spieth wins at Colonial, the Texas event with the most history. They have turned up the volume on this Open in a huge way.

Anonymous Pro: Spieth winning in Fort Worth brings him to the forefront after letting the Masters slip away. How each of these guys decides to attack Oakmont will be interesting. I think the conditions will determine who has a chance. Firm and fast brings the straightest hitters into play, but if it’s wet and long, that eliminates a number of shorter and intermediate hitters.

Morfit: Day is the man; he’s No. 1 in the world for a reason. I believe he’s the best of the three. His long game is close to Rory’s, and his short game is better than Spieth’s on some days. Shipnuck But Day had a shaky Masters, Cameron. Jason was the biggest underachiever in golf a year ago, and today he’s the heavyweight champion of the world. Now that he’s No. 1, he’s facing the last hurdle, which is dealing with all those expectations. His Masters performance was not encouraging.

Bamberger: I still think Rory is the best of those three, and while Jason and Rory are tremendous full-swing players, Jordan is best in firm-and-fast conditions and at creating the Seve-like in-between shots. If it comes down to making putts, and it always does, I like Jordan more than anybody by a lot.

Van Sickle: I second that emotion, Michael, even though I think Day’s best golf is better than Rory’s best or Jordan’s best. Golf is all about putting, and Spieth is magical.

Bamberger: In our lifetime the only guys in Jordan’s category as putters would be Tiger Woods and Jack Nicklaus.

Morfit: Jason putted lights-out at the Players. When he gets going well, he putts just like Spieth.

Bamberger: The greens at the Players don’t have the subtlety and the movement that Augusta National and Oakmont have. Jason is great at everything, but in overall putting Jordan is in a class by himself.

3.) What’s been the biggest surprise and biggest disappointment of this season?

Morfit: Adam Scott has to be the biggest surprise. They take away his long putter, and he comes back for one of his best seasons.

Van Sickle: Absolutely. He gets my vote for Comeback Player of the Year, if you can win that for coming back from having your putting style abolished.

Bamberger: My biggest thumbs-up goes to Jordan Spieth, who revealed himself to be of tremendous character. He embodies what the game is about. How he handled the meltdown at the Masters, the social media, the Byron Nelson finish and then coming back to close the deal at Colonial—he is a remarkable young person and athlete.

Anonymous Pro: For me, McIlroy has been the biggest surprise and the biggest disappointment. He won in Ireland in thrilling fashion, but that’s not the same as beating guys in a major, a World Golf Championship or even a PGA Tour event. It’s a nice confidence builder for him, but come on, it was a weak field.

GOLF’s 2016 U.S. Open Hub: Everything You Need for Oakmont

Morfit: I agree. Rory still has a lot to prove. He’d done nothing for 12 months. He needs to remind everybody that he’s still the top dog … if he is. And I’ve already said I don’t think he is.

Shipnuck The biggest surprise has been the depth on the Tour. We’ve had a lot of surprise winners and breakthroughs. We want to see the stars, but it’s fun to watch a lot of unusual winners. I like the diversity.

Van Sickle: I had Spieth down for Most Disappointing before his Colonial victory. He won $22 million last year, raked in probably four times that in endorsements and yet he chased appearance money all over the world in the winter. All that travel caused the fatigue that led to his poor play in April. I think he made a bad choice, but that said, he could still be Player of the Year if he snags a major.

Bamberger: When you talk about disappointments, Dustin Johnson is every bit as talented as Jason Day. Dustin has massive length, massive height, cockiness—how is this guy not winning more?

Shipnuck: Rickie Fowler has regressed badly this year. He crumbled in Phoenix, shot 80 at the Masters and missed the cut at the Players.

Anonymous Pro: Where has Rickie gone? Is he still on “Spring Break” with his buddies? Or is he with Waldo?

Anonymous Pro: I’m sure Spieth will be a popular choice, but I can’t forget how erratic he’s been off the tee, even when he won at Colonial. That’s why I’ve got to go with Day. He’s a dominant driver—long, high and pretty straight. He can wield that driving iron effectively too, so he won’t even have to hit that many drivers. Spieth is a great putter, sure, but Day has been rocking the greens. He wins at four under par.

Bamberger: I like Danny Willett. It’s hard for me to articulate why, but he hits it very straight. I see a winning score of 279, one under par.

Morfit: This is Jason Day’s Open. He is the most resilient player I’ve seen in a long time. He gets up and down from everywhere. He does hit a few foul balls, but he’s made some of the most memorable pars on the PGA Tour, rolling up his pants, fording a river—he’s playing with a ton of confidence. I like him at even par.

Van Sickle: Oakmont is a ball-striking course. The greens are so tough that they negate putting skill to an extent. Nobody has a better, more controlled swing or gets from Point A to Point B with more precision than Adam Scott. He has Stevie Williams on the bag—the toughest caddie on the toughest course in the toughest tournament. I like Scott to win at five under.

Shipnuck: I’ll take Rory, since somebody has to.

Shipnuck: I’m about to dazzle you. Rory is the ultimate momentum player. He’s been close, he’s been grinding, and it just clicked. He went from zero to 100 mph in the span of a couple of swings in Ireland. He can tame Oakmont with his ball striking. He has immense pride. He got usurped first by Spieth, then Day, and he doesn’t want to be forgotten. He’ll bring it with a different kind of intensity. One over par wins it.

Anonymous Pro: I’d like to change my pick. There’s only going to be one real winner at this U.S. Open—Oakmont.