Tour Confidential Daily: Have You Given Up on Rory McIlroy in 2016? 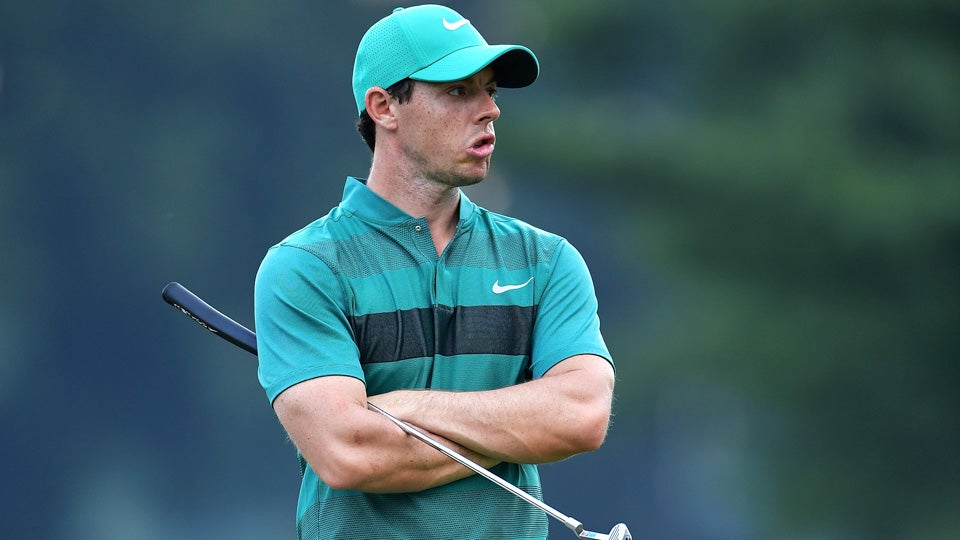 Rory McIlroy wasn't able to get his putter going at the PGA Championship at Baltusrol, and it resulted in a missed cut.
Getty Images

For the first time since 2010 and for just the second time in his career, Rory McIlroy has missed multiple major cuts in a season. Have you given up on Rory in 2016?

Michael Bamberger, senior writer, Sports Illustrated: He has nothing left to play for this year, except money. My guess is he’s bored of everything except majors and preparing for majors. He will feign interest at the Ryder Cup but that’s never been his thing. He’s not the first to discover that the fight to get there is more fun than being there. You can look at him and feel the weight of the lawsuit, the exposed romantic life, the endless and numbing press inquiries. He’ll be back. He’s the most talented player in the game. Swing looks great. It’s not the swing.

Alan Shipnuck, senior writer, Sports Illustrated: The irony is that Rory now needs the Olympics more than the Games need him. He could have salvaged this lost season with gold. Now it’s 8.5 months until Augusta. That’s gonna feel like an eternity to him.

Jessica Marksbury, digital editor, GOLF.com: My biggest Rory worry is his newly apparent case of clutch-itis. Hard to believe that the final hole of his second rounds at the U.S. Open and PGA have derailed his chances of making the cut in both this year. That’s an entirely different–and perhaps more troubling–problem than his putting, which can come and go for the best of players.

Peter Bukowski, associate editor, GOLF.com: I know better than to do that with Rory. He’s too talented. It can turn any minute. As soon as we write him off, he goes out and wins a huge tournament, and I’m not going to count him out until the final putt has fallen at Hazeltine. Alan Bastable, executive editor, GOLF.com: Yes – well, until the Ryder Cup, that is, when you can count on him rediscovering his Rory-ness and putting up 3.5 points to break the hearts of the Americans.

Marika Washchyshyn, multimedia editor, GOLF.com: My head is telling me yes but my heart says no way. There’s still a lot of golf to play with the FedEx Cup Playoffs and the Ryder Cup. I think the two MCs and all the talk about skipping the Olympics to win majors (oops) will only serve to light a fire under Rory for the remainder of the season. But that putter…yikes. Rory needs a reset on the greens.

Jeff Ritter, digital development editor, GOLF.com: He looked fried this week. Maybe some time off to watch Olympic track and field from his couch will rejuvenate him for September.

Gary Van Sickle, senior writer, Sports Illustrated: For a player of Rory’s ability, any year without winning a major is a failed year. If he wins out in the FedEx Cup and everywhere else he plays, it would be a confidence-builder but the fact is, this was a lost year for him in the prime time of his career. Rory’s putting is inferior to several of his biggest challengers–Jason Day and Jordan Spieth. That leaves him at a disadvantage. He’s got work to do.

Peter Madden, senior producer, GOLF.com: Rory looked pretty discouraged in his presser today. Asked if he made any progress in his long session on the practice green last night, he just shook his head and said “Not really.” I expect he’ll gear it up and grind it out for the Ryder Cup and then shut it down soon after to reset before some serious putting practice.

Cameron Morfit, senior writer, GOLF Magazine: I’d say maybe he could salvage something at the Olympics but for Rory there’s just not enough of 2016 remaining. Time to regroup for next year and get the putting figured out. Seems like he’s pressing on the greens. True that he cares deeply about the Ryder Cup. The FedEx Cup? Not so sure.

Josh Berhow, staff producer, GOLF.com: I blame the teal. But I think he wins a FedEx Cup event, only because I assume he doesn’t care as much about those and will have less pressure. He’s still Rory, and I don’t think any Americans will look forward to facing him in the Ryder Cup.

Sean Steinemann, social media editor, GOLF.com: Outside of the Ryder Cup there isn’t much left for Rory McIlroy to look forward to in 2016. So not only have I given up on him, I think Rory has given up on himself. Hopefully he goes to see Dave Stockton between now and next April; hard to win when you can’t putt. Those two have figured it out before and I don’t see a reason they can’t again.

Sean Zak, assistant editor, GOLF.com: This week, it seems the putter has failed him, but we’ve always known Rory to be streaky with the flat stick. Brilliant at his best and very ugly at his worst, which is right now. When he’s been solid as a putter this year, however, his wedge game has been sad. That’s a season-long trend. Until that birdie-making portion of his bag shows up, he won’t win a big Tour event. Yes, I’ve given up.