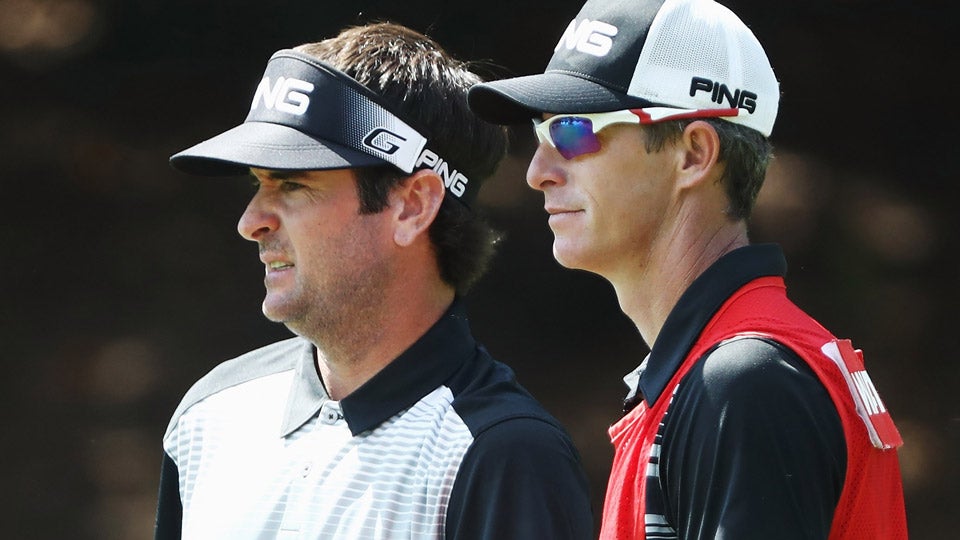 Bubba Watson is one of the contenders for the final U.S. Ryder Cup captain's pick.
Getty Images

ATLANTA, Ga. — Telling it like it is while holding my breath waiting for Sunday’s thrilling conclusion to the FedEx Cup chase here at East Lake Golf Club (with Dustin Johnson and Kevin Chappell tied for the lead through 54 holes) and not watching any football whatsoever, honest…

Waiting until this week’s Tour Championship finishes to choose the final player for the U.S. Ryder Cup team seems like an exercise in extreme point-missing. Really, would you expect the guy who’s making putts on bermuda greens and hacking out of gnarly bermuda rough at East Lake to be the same guy who’s going to excel on bent greens in cool conditions in Minnesota? You may as well hire a lawn service as your Internet provider or Bubba Watson to file your tax returns… He might want to look up the 1981 Ryder Cup roster that includes Tom Watson, Jack Nicklaus, Raymond Floyd, Tom Kite, Johnny Miller, Lee Trevino, Jerry Pate, Hale Irwin and Larry Nelson, for starters. Bruce Lietzke is the only player on the squad who ISN’T in the World Golf Hall of Fame. The four American vice-captains have a better collective resume than the 11 men thus far selected.

NBC golf analyst Johnny Miller talked Ryder Cup with a group of media types Saturday morning and called Europe’s team the worst lineup it’s had in a long time and thinks if things break right, the U.S. could win by five points or more. You know we’re writing this down, right, Johnny? Another bold call by John…

Just a note to Ryder Cup watchers that Rory McIlroy, missing in action most of the last year and a half, has shown up. First, he won that windswept FedEx Cup event in Boston. He tossed up a 66 here Saturday at East Lake and moved into a tie for third with Ryan Moore. Rory wielding his A game at Hazeltine would be a serious difference-maker. Wonder if Johnny wants to take a provisional yet?

The Bubba Watch will continue until Sunday night, apparently. It remains to be seen if Captain Love will pass over Bubba Watson, ranked seventh in the world, as his final wild-card choice. And if he did, who on earth would he pick instead?

That choice will be announced on national TV during halftime of the Sunday night football game, by the way.

Here’s your scorecard of leading contenders:

Ryan Moore also dropped a 66 and is tied with McIlroy for third.

Justin Thomas, a friend of the Love family (he played college golf with Dru Love, son of Davis, at Alabama) and a big hitter well-suited to a long Hazeltine, shot 69 and is tied for ninth.

Daniel Berger shot 68 and is tied with Watson at 14th.

Jim Furyk, a vice captain, is elsewhere this week doing his thing.

The most impressive player of the week has been Kevin Chappell, tied with Dustin Johnson for the lead at eight under par through 54 holes. Chappell has suffered only one bogey in three rounds despite East Lake’s rough being gnarlier than a condor’s nest. Chappell said he’s ignoring any Ryder Cup talk because he hasn’t had any communication with Love all season and assumes he’s not in the running. Hmmm, maybe Chappell should be in the running…

It’s too late now but Scotland’s Russell Knox, passed over for a European wild-card pick in favor of Belgium’s Thomas Pieters, is tied for 11th at East Lake and England’s Paul Casey, who gave up his European Tour membership because it was too difficult to travel from Scottsdale across the Atlantic with family considerations, is tied for seventh. Not having them on the European side is a potential controversy next week in case the Euros fail to win a fourth straight Cup…

There was a buzz early in the week when a handful of Ryder Cup players and potential candidates played a practice round at Hazeltine National on Monday. One group played a betting game known as Wolf in which Watson hit a drive, picked himself as the lone wolf against the other three guys, birdied the hole and won some cash.

One European media type said that scenario is exactly why the Americans never bond as a team — they play as individuals — and wondered why they’d show up at Hazeltine and not play four-balls or foursomes, the two team formats used in the Ryder Cup.

And one more thing, the media type said, how about that team-room Ping-Pong? It’s man-against-man, player against player. You’re competing against your teammates instead of bonding with them. Drinking with your teammates works better, the media person said with a smile…

Chappell, a former NCAA champion from UCLA, is an underappreciated personality on the PGA Tour. Asked what it was like to play in the final group Saturday with Dustin Johnson, Chappell quipped, “Well, you’ve got to walk to your ball really quickly because you’re hitting first.”