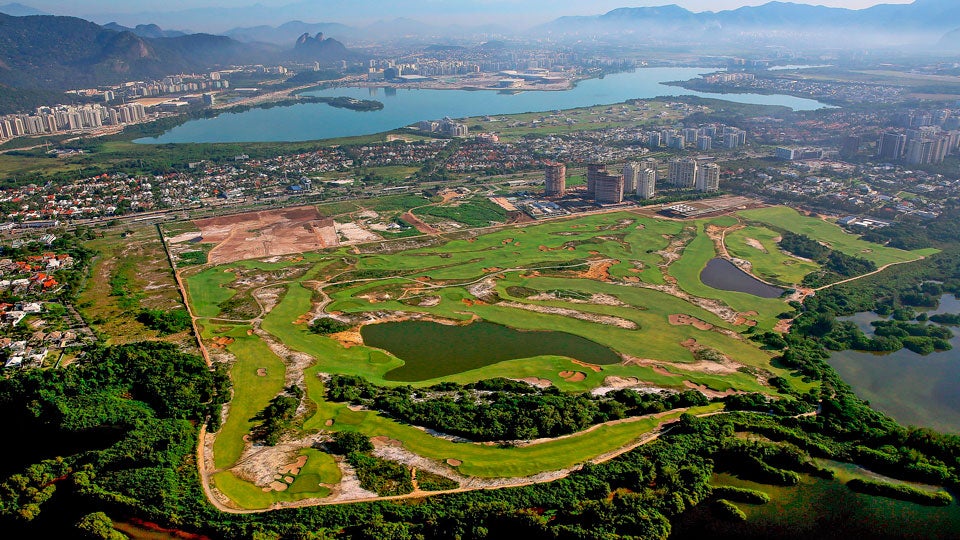 In November, a judge rejected a request to stop construction of the course over environmental concerns.
Getty Images

The Olympic golf test event has come up short on Olympians.

The world’s best players have opted to skip the one-day exhibition at the Olympic Golf Course in Rio de Janeiro on March 8, leaving organizers to proceed with a small field of nine Brazilian golfers.

International Golf Federation VP Ty Votaw told GOLF.com that organizers sought commitments from Olympic hopefuls on the PGA Tour, European tour and LPGA tour. But with the WGC-Cadillac Championship at Doral and the HSBC Women’s Champions in Singapore competing for golfers’ time this week, the pros couldn’t squeeze in a jaunt to South America.

“We talked to a number of top players,” Votaw said. “They expressed interest but at the end of the day the tight worldwide schedule made it tough to justify a one-day trip down there and back.”

Instead, five men — Lucas Lee, Alexandre Rocha, Rafael Becker, Daniel Stapff and Rafael Barcellos — and four women — Miriam Nagl, Victoria Lovelady, Candy Hannemann and Luciane Lee — will compete in an 18-hole stroke play tournament dubbed the Aquece Rio Golf Challenge. At No. 409 in the world, Lucas Lee will be the top-ranked player in the field.

The event will be closed to the public so that organizers can focus on testing operations. More than 100 volunteers will join Rio 2016 officials and IGF representatives in trying to gauge how the Gil Hanse-designed Olympic Course might fare under the stress of 60 players and 15,000 fans per round when the Rio Games get underway in August.

Votaw and the IGF appear to be taking the underwhelming field in stride.

“We’re going to get 99.9% out of this event what we would have otherwise,” Votaw said. “And doing it this way, having Brazilian players play, will be better for golf in Brazil.”