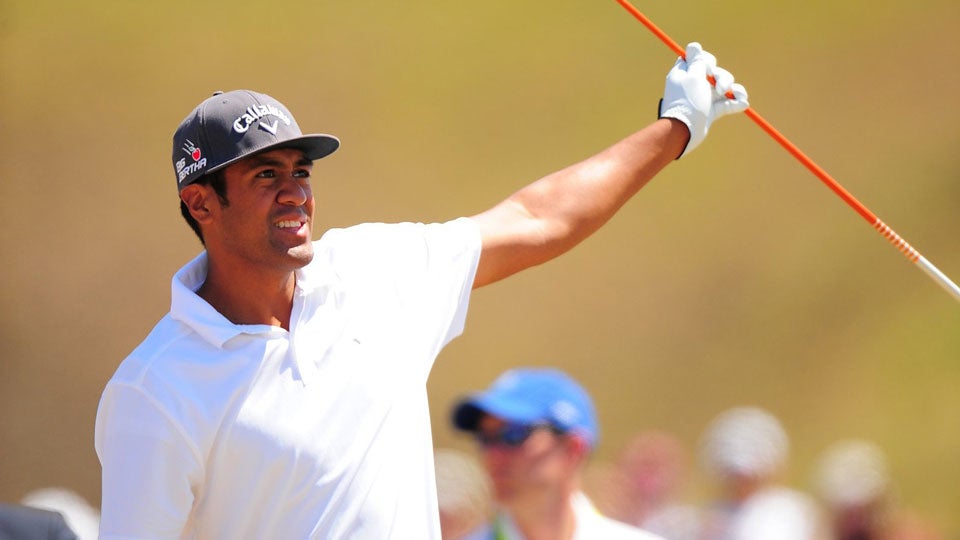 Tony Finau is taking all golf challengers…on the hardwood.

At a pre-tournament press conference for the Sony Open in Honolulu, Finau spoke about his love of basketball, which caught the golf world’s attention via a recent Instagram post of him dunking.

“I do consider myself a good basketball player, and I probably play more than I should, because you could get hurt definitely playing basketball,” Finau said. “I think I’m one of the better basketball players for sure on the PGA Tour. I know there’s other guys that play and things, but yeah, I’d play against anyone.”

It is no longer a secret that Finau is cousins with Milwaukee Bucks forward Jabari Parker, but Finau was once a prospect of his own. The 26-year-old was originally recruited by Utah and Utah State while in high school, but he chose golf as his main pursuit. It’s worked well for him so far. As for his Instagram dunk, could anyone on Tour top that?

Well, Finau has put it out there. It sounds like he’s looking for a challenger. We can think of at least one guy who might be able to hang.