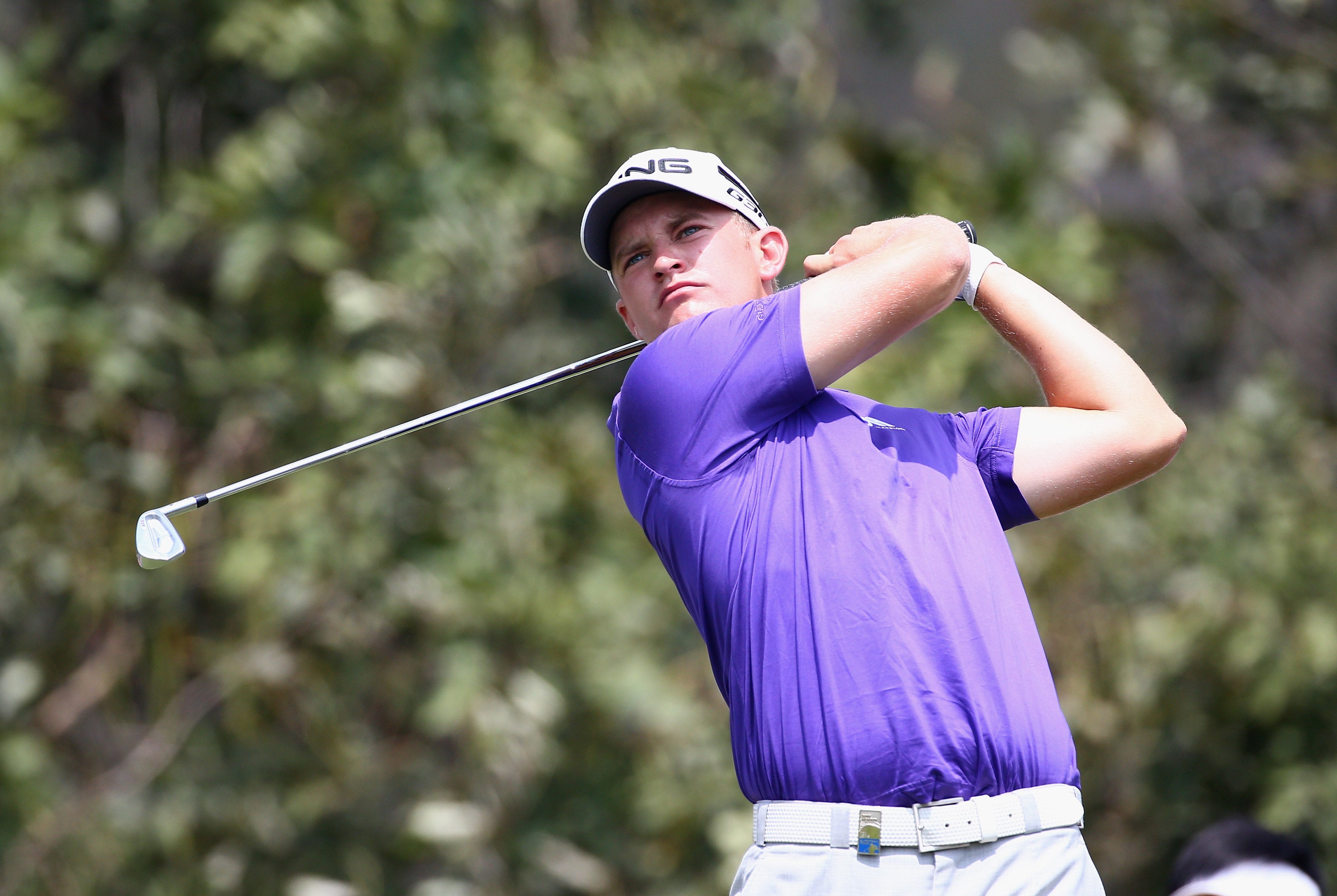 Tom Lewis during the 3rd round of the 2015 True Thailand Classic at Black Mountain Golf Club.
Ian Walton/Getty Images

Frustration got the best of Tom Lewis at the Thailand Classic on Feb. 14 when he struck and snapped his club after a poor shot.

Lewis hasn’t had too much to be frustrated about in recent years. At the 2011 Open Championship, he became the first amateur to lead in a major since 1976 when he shared the top spot with Thomas Bjorn after shooting a first round of 65. This was the lowest single-round score by an amateur in Open Championship history, and the equal lowest in any major championship. He eventually finished T30, but won the Silver Medal as the low amateur.

Lewis went pro after the 2011 Walker Cup, and was awarded the European Tour’s Rookie of the Year award that December.