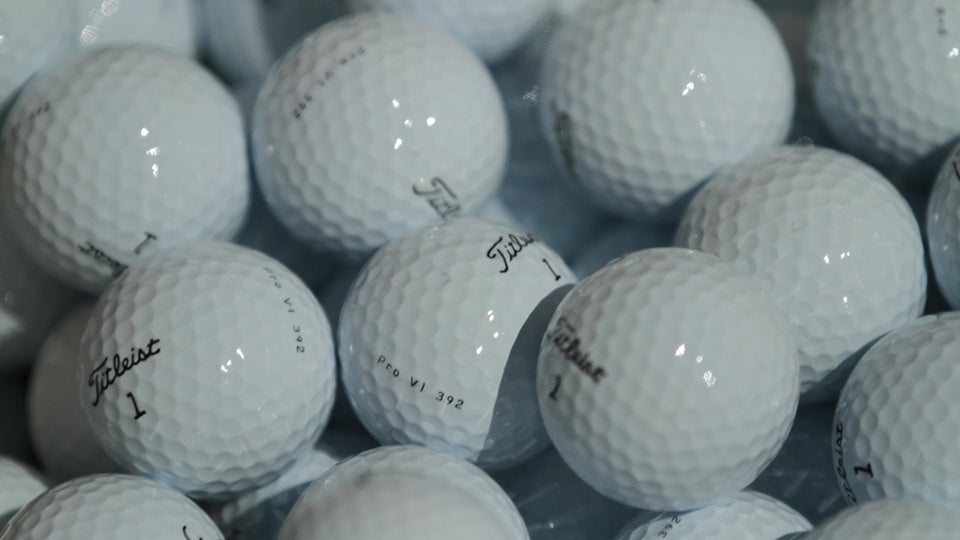 The original ProV1 was a game-changer in every sense.
Courtesy of Titleist

Golf is a game of tools. Only farming and landscaping have more implements than golf, and in a weird way, they’re kinda-sorta the same thing.

The game has changed dramatically through history as its instruments have evolved. What piece of equipment made the biggest impact? This is a topic that spawns heated debate in gearhead chatrooms. The nominees include the gutta percha and the rubber (Haskell) ball, a quantum leap from featheries; steel shafts in place of hickory; the modern sand wedge, courtesy of Gene Sarazen; and tri-plex mowers, to name a few.

I’d vote for the metal wood. We would be playing a different game today if someone still awake at the USGA in the 1970s had said, “Hey, what part of the word ‘wood’ don’t you understand?” and outlawed metal woods before they multiplied exponentially.

Would golf be better or more popular if we still used persimmon? I’m not so sure. I just know it would be a different world. At the Fry.com Open, the first stop on the 2015-16 PGA Tour schedule, for instance, there were 37 drives recorded longer than 340 yards and seven over 350. Happy Gilmore is alive and well.

My runner-up might be the original Titleist Pro V1, which celebrated its 15th anniversary last week. Titleist introduced the ball at the 2001 Invensys Classic in Las Vegas and thus shifted a distance revolution into high gear — a revolution that unmistakably began several years earlier, when Tiger Woods turned Augusta National into a driver-wedge layout.

Before the Pro V1, there were two ball categories: hard-cover models designed to maximize distance for amateurs and to be durable, so hackers didn’t cut up the covers. And soft-cover balls, often made of balata, which allowed the best golfers to shape their shots and stop them on the green.

The Pro V1 could do both. It was a Tastes-Great-and-Is-Less Filling moment.

Billy Andrade was in a slump when he arrived in Vegas. He was one of 47 players in the field who teed up the Pro V1. “I was not having a very good year. I was desperate,” he recalls. “I vividly remember the first time I put it in play during a practice round. The ball was 20 yards longer than the Tour Prestige ball I was playing. The distance, the overall performance of the ball was like nothing I had ever played.”

Andrade won the tournament, shooting five rounds in the 60s. Word about the ball’s distance spike spread rapidly, and it became a marketing phenomenon. Demand was so high that Pro V1s became scarce on some suppliers’ shelves.

I remember this: It was a great time to be a golfer. There were new drivers with a spring-like effect (later limited by USGA rules). Everyone was 10 or 15 yards longer. I was in my early 40s and picking up distance by the year.

Then came the Pro V1. We all picked up another 10 or 15 yards. Now I’m hitting it farther than I ever have.

It was like the film Cocoon, where the oldsters were reinvigorated by a dose of youth. It was a heady time, and a great time. While some golf traditionalists (and ruling-body members) either hated or denied the distance gains, I don’t recall anybody saying, “Gee, I wish I wasn’t hitting my drives this far.” Golf was never more fun, and its popularity seemed to be on the rise, possibly because of these technological advances. The Pro V1 did what countless instruction articles had failed to do: make us better. Or at least longer off the tee, which most people would probably prefer to actually being better.

It was a decade of wild technological change. I remember seeing a 600-cc driver head at the PGA Merchandise Show. It was like a toaster on a stick.

Anyway, the USGA eventually tapped on the legislative brakes, putting size limits on driver heads (460 cc) and boundaries on the Coefficient of Restitution (or COR) and the Moment of Inertia (MOI). Forget the lingo. All you need to know is that the USGA installed a speed limit on hot drivers. The party was over.

It was one heck of a decade and you can chart the distance gains in the PGA Tour statistics.

Today’s tour pros bash the ball so far for a variety of reasons, but the modern ball is part of it. One ball has stood out from the rest, and it is no coincidence that the Pro V1 has been the best-selling ball for 175 straight months as of September, according to Golf Datatech.

The Pro V1 story began 14 years ago at the Invensys Classic. Fortunately, what happened that week in Vegas didn’t stay in Vegas.