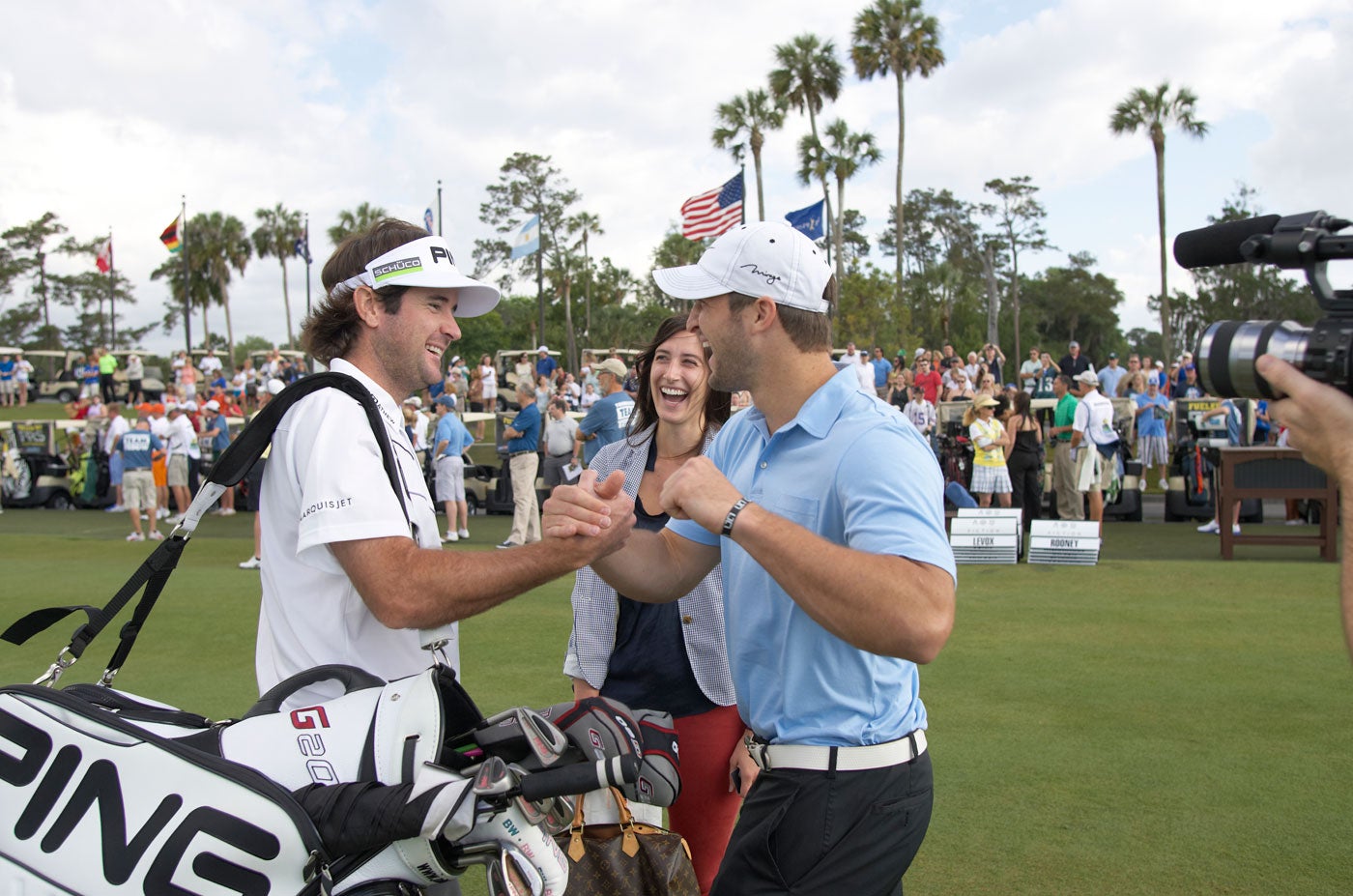 Tim Tebow was a guest on Golf Channel’s “Morning Drive” on Monday, and the former Heisman Trophy winner smashed one of his drives 343 yards when he teed it up in the simulator.

Tebow, who promoted his charity golf tournament while on the show, also hit some punch and flop shots in the simulator, but it was the last of his four drives that launched 343 yards down the center of the fairway.

The lefty’s first two drives went well left of the fairway, his third found the short grass and his fourth was hammered down the middle.

Yet Tebow’s drive doesn’t quite put him in the mix with the pros. His final drive would have tied for the 543rd-longest on the PGA Tour this season. Brooks Koepka ranks first on the tour in average driving distance with 313.3 yards.